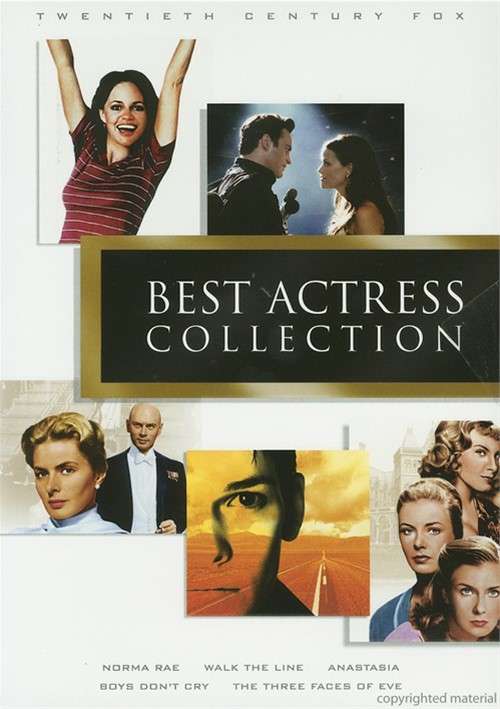 In celebration of the 80th anniversary of the Academy Awards, we invite you to enjoy a rare collection of films featuring performances that garnered best Actress Oscars. From a women who might be a missing royal, to a housewife in anguish, to a young women suffering as the wrong gender, to a determined factory worker to a singer destined for fame, the characters in these films were inspired by real stories - and were futher inspired by virtuoso portrayals by some of the cinema's most revered leading ladies.

For years rumors abound that only Anastasia Romanov, the youngest daughter of Czar Nicholas II, survived a Bolshevik attack on her family in 1918. Because a huge fortune awaits Anastasia, greedy expatriate Russian General Bounine (Yul Brynner) attempts to groom a beautiful destitute woman (Bergman) to pass for the empress. The woman becomes so convincing that even the General suspects she really is Anastasia. But in order to escape poverty, she must prove her identity to Anastasia's grandmother (Helen Hayes) in a story that remains one of the most cherished classics.

Based on Corbett H. Thigpen's novel of the same name, The Three Faces Of Eve follows the fascinating story of a deeply troubled young Southern housewife. Suffering from headaches, emotional upset, and forgetfulness, Eve White sees a psychiatrist, Dr. Luther (Lee J. Cobb). At first Luther gives Eve banal, commonsense advice and sends her home to her husband (David Wayne). But as Eve's condition worsens, Luther s her, unveiling two additional personalities within the woman-a vamp and an independent sophisticate. But curing Eve will require a deep probe into an abusive past and support from her less-than-supportive husband. With narration by the inimitable Alistair Cooke, The Three Faces Of Eve is intriguing drama at its classic best.

A true story about hope, fear, and the courage it takes to be yourself, Boys Don't Cry is "One of the 10 Best Films of 1999" (National Board of Review). Critically acclaimed and nominated for two Academy Awards and two Golden Globe Awards, this four-star, "must-see" (People), "riveting" (Entertainment Weekly) drama features incredible performances by newcomers Hilary Swank and Chloe Sevigny.

In an OscarÂ®-winning performance, Sally Field is unforgettable as Norma Rae, the Southern millworker who revolutionizes a small town and discovers a power in herself she never knew she had. Under the guidance of a New York unionizer (Ron Leibman) and with increasing courage and determination, Norma Rae organizes her fellow factory workers to fight for better conditions and wages. Based on a true story, Norma Rae is the mesmerizing tale of a modern day heroine. Beau Bridges co-stars.

With his driving freight-train chords, steel-eyed intensity and a voice as dark as the night, the legendary "Man in Black" revolutionized music - and forged his legacy as a genuine American icon. Golden Globe winners Joaquin Phoenix and Reese Witherspoon star (and sing) as Johnny Cash and June Carter in this inspiring true story of one man's unwavering devotion to his sound, his message and the greatest love of his life.