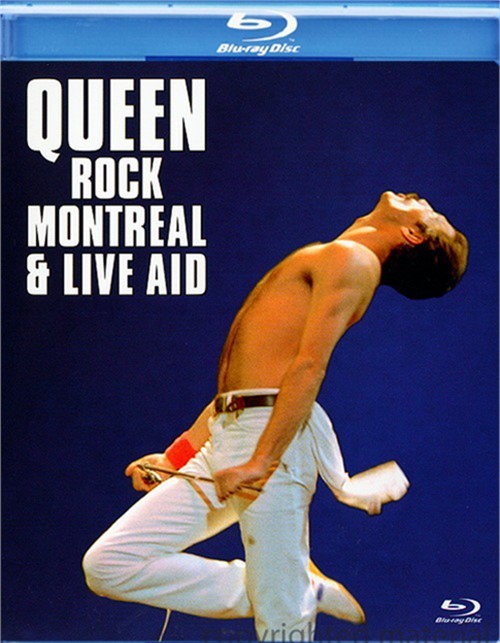 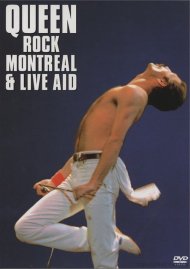 "Hello Montreal... long time no see. You wanna get crazy?"

Queen Rock Montreal, recorded live at Montreal's 18,000 seater Forum over two nights in November 1981, is a celebration of Queen at the very height of their 80's record breaking achievements. It is also a historic recording of the very last concerts of Queen "raw".

This was the time when Queen had topped both the US singles and album charts for the first time, had become the first band ever to top the UK singles, albums and video charts simultaneously and on their historic invasion of Latin America had broken the world attendance record for a single paying concert when 131,000 Brazilians saw the band play Sao Paulo's Morumbi stadium. 1981 was, says John Deacon, "a year for discovering new audiences we didn't know existed."

Queen ended that year of extraordinary events at Montreal's Forum. The dates - November 24 and 25, 1981 - were scheduled specifically to make a full length film of their live show. As would be expected of Queen, they took the form of the concert film to a new level, becoming the first group to shot an entire show in full cinema format 35mm.

This is pre the Hot Space album, before keyboards would find a place in the band's touring line up; just four God-gifted musicians in total rapport, delivering live the energy and innovation of their studio recordings.

Originally titled We Will Rock You, this film was released in North America in 1984 becoming the first commercially available film of Queen in concert. In this special edition, the 35mm negative was scanned to ensure the highest possible resolution, this was then examined frame by frame where any splices, dirt or damage were removed to enhance the sharpness and quality of the picture. The sounds was newly mixed and remastered for DTS Surround Sound and PCM Stereo from original multitrack tapes. 25 tracks and 96 minutes of Queen in peak form.

Brian May and Roger Taylor bring the story up to date with a brand new audio commentary of the Montreal concert.

Regularly polled as the greatest live performance of all time, Queen's mighty Live Aid show at 6:41pm on July 13, 1985, comes as an exceptional value bonus to this DVD. In addition to the full "global jukebox" set that reinf-rced Queen's position as unrivaled rock entertainers, Freddie and Brian's performance later in the evening of their poignant composition Is This The World We Created is included. Also - and here's the new bonus - 11 minutes of never before seen Live Aid rehearsal footage plus a rehearsal interview with the band.

In addition, there's the real curiosity value of a 1982 news feature from US TV series PM Magazine, Brian May and Roger Taylor bring the story up to date with a brand new audio commentary of the Montreal concert.