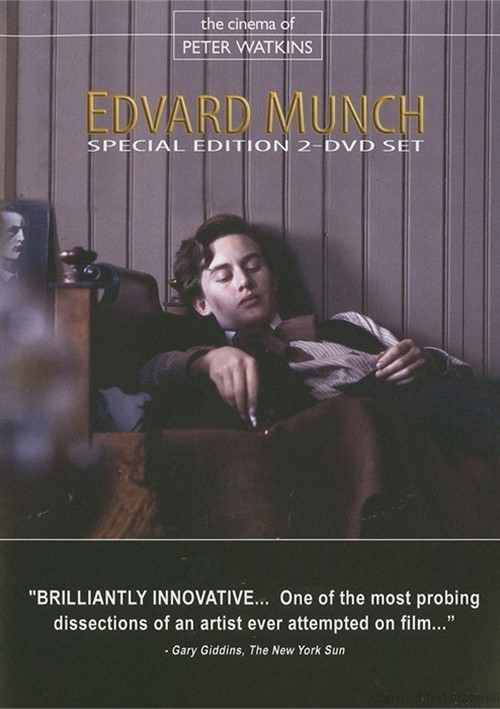 Contriving an adequate generic description of Peter Watkin's astonishing 1974 film on the Norwegian painter whose work in the late 19th and early 20th centuries helped spark a revolution in art as an extremely daunting task. Is this a documentary? Not quite, although its English-language narration is rich in detail about not just Munch's art but its historical context. It is a period biopic? Not so much-although the cast dress in the costumes of the era, the nonprofessional performers don't so much act as exist before the camera, and indeed Heir Westby, an uncanny Munch look alike, gazes straight into the lens for the most part. Characters participate in interviews and extemporize on their views on art and society. Finally, Watkins editing grows increasingly unstuck in time as the film progresses, as events from Munch's sickly childhood and adolescence intermingle with those from his difficult adult life. All this and more combine to create a very powerful work of what Watkins calls living history and the greatest film about an artist since Tarkovsky's Andrei Reblev

3 Vintage Documentaries:
- Moments In The Life Of Edvard Munch
- From Ekely: The City And The Artists
- The Munch Museum In Oslo
Munch's Own Film Recordings
56 pg Booklet