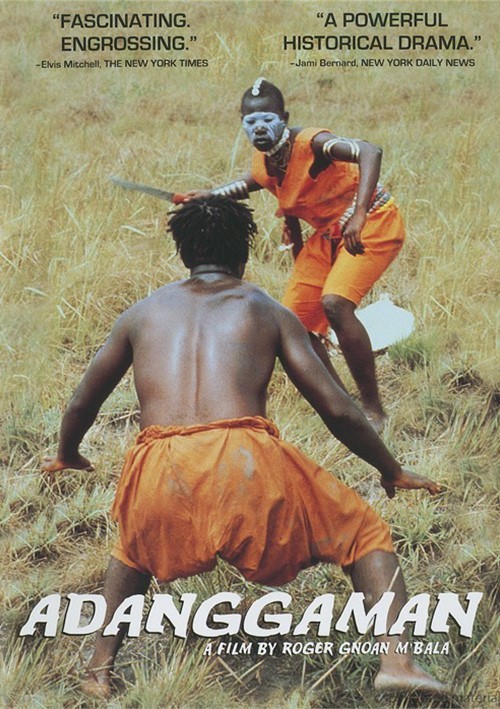 Adangaman is an unblinking look at a rarely acknowledged underside of African history: the active role of black Africans in supplying human cargo for the European slave trade. Deftly blending fact, myth, and personal drama, the story centers on Ossei, a strong willed young man sets out to rescue his mother when their village is raided. His quest leads him to the stronghold of the dreaded King Adangaman, an arrogant despot who thrives on the slave trade and uses fierce female warriors to enf-rce his power. One of these Amazons, herself a former slave, falls in love with Ossei, and the couple escape into the bush, where they lead a paradisiacal but precarious existence in the shadow of Adangaman's vengeance.

Africa is shown to contain extraordinary possibilities for both freedom and tyranny, and the film 's power derives from the way it places an inspiring dream of independence alongside a bitter account of that dream's betrayal. As an alternate perspective to Amistad and Roots, Adangaman tells a story that should never be forgotten.