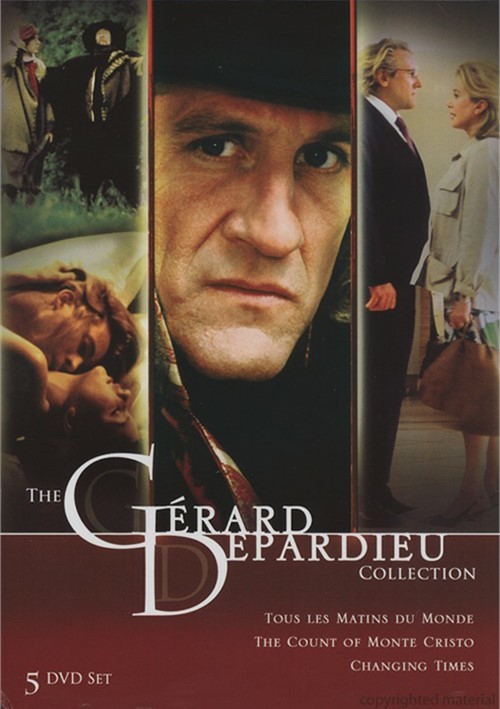 For over four decades, Gerard Depardieu, one of the most beloved actors of our time, has been admired for his versatility and his expressive combination of gentleness and physicality. This collection showcases three of his most acclaimed performances.

This provocative tale explores the lives of 17th century composer Sainte Colombe and his protege Marin Marais (played by both Gerard and Guillaume Depardieu).

The Count of Monte Cristo

Gerard Depardieu stars as Edmond Dantes, a young French sailor who is falsely denounced as a traitor and unjustly imprisoned for eighteen years without a trial. Dantes uncovers a hidden treasure on the island of Monte Cristo. Using these riches, he assumes a new identity and devises a plan to seek vengeance on all who betrayed him.

Antoine (Depardieu) has held a torch for his first love Cecile (Catherine Deneuve) for 30 years and travels to Morocco in an attempt to rekindle their romance.

The Count of Monte Cristo
Features Not Specified.