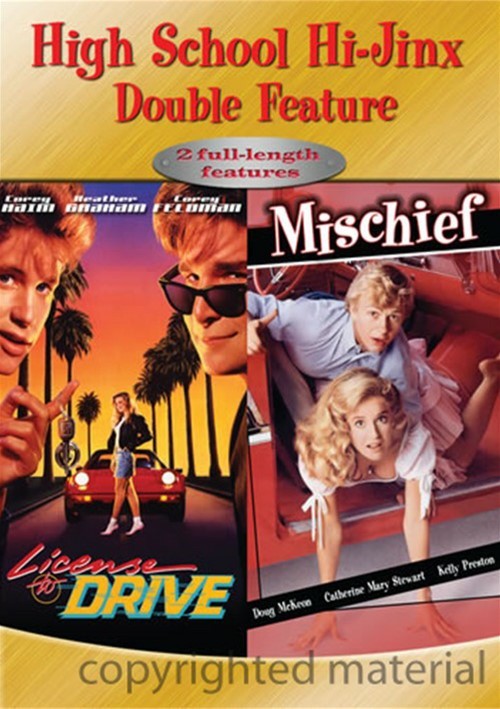 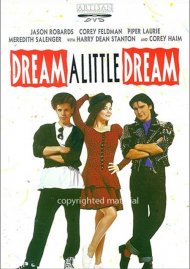 For teenager Les Anderson (Corey Haim), the two most important things in life are getting his driver's license and getting together with the hottest girl in high school (Heather Graham in one of her first film roles). But when Les fails the exam, he 'borrows' the family's prized '73 Cadillac for his big date. An innocent girl. A harmless drive. What could possibly go wrong? Try a fearless best friend (Corey Feldman) with an insane plan, a high school hottie with too much to drink, angry drag racers, crazed militants, a police roadblock, a crash course in car theft, a very angry father (Richard Mazur), a very, very pregnant mother (Carol Kane) and much more!

Nelsonville, Ohio, 1956: Eisenhower is President, Rock & Roll is new and Jonathan (Doug McKean) is a shy, clumsy high school senior obsessed wth sex. But when a motorcycle-riding rebel (Chris Nash) moves in next door, Jonathan begins to learn about looking cool, acting tough, and maybe even "going all the way" with the gorgeous girl his dreams (Kelly Preston, in what Mr. Skin calls "One Of Top Ten Celebrity Nude Scenes Of All Time). Welcome to a not-so-innocent time of drive-ins and chicken runs, backseats fumbling and forbidden love, and the moment in every teen's life when small town dreams collide with big-time Mischief.