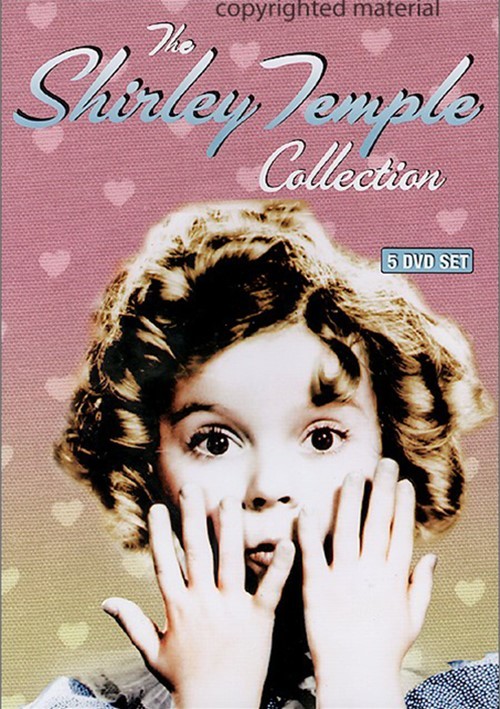 Easily the most famous child star of all time, Shirley Temple kept America entertained through the darkest days of the Great Depression. Her film career started while she was still in diapers and by the time she was a teenager, she had an acting resume that rivaled most adult movie stars.

Only a 5-DVD collection could hold the entire extent of Shirley Temple's career, from her beloved short films of the 1930s, like Glad Rags to Riches, War Babies, Dora's Dunking Doughnuts, Kid in Hollywood, Merrily Yours, Kid in Africa, and countless others - to her blossoming career in feature-length films. Included is the complete and unedited 1939 classic The Little Princess, by acclaimed director Walter Lang.

This DVD collection also includes Kid Stuff: Inside Hollywood's Child Stars, an affectionate and revealing look at some of the greatest child stars of the large and small screen with interviews, rare footage, and film clips. Also, Shirley Temple Rarities~~ - a collection of film highlights and rare footage from the life and career of Shirley Temple, featuring extraordinary gems like home footage of Shirley's 6th birthday party, singing to President Roosevelt at his inauguration, her star-studded wedding, and so much more.

Reviews for "Shirley Temple Collection, The"