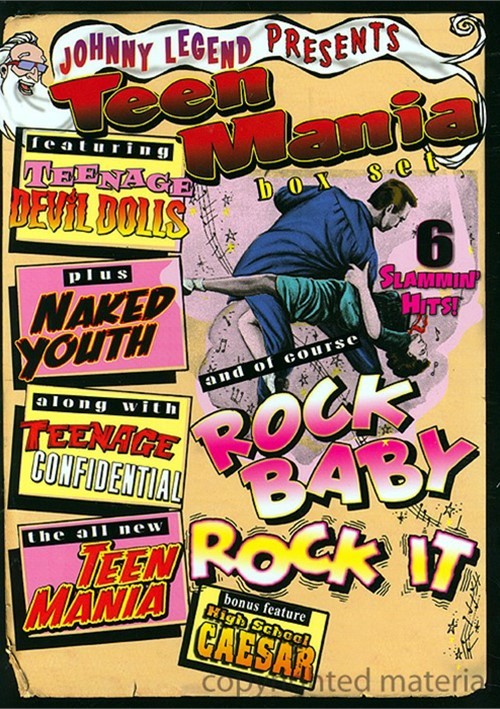 A Twisted Teenage Time Capsule: Johnny Legend's all-new feature length bop-u-mentary documents the 50's and 60's, from Cool And The Crazy to Riot On The Sunset Strip, from Bill Haley to the British Invasion. Plus Johnny recaps the later careers of the stars featured.

Mob-rule-in-a-high-school, it's your lunch money or your life! Starring the King of Cool John Ashley! Plus Johnny does career profiles on Ashley and Ohmart and performs "High School Caesar" live. Plus the shokcing short ~~Teenage Crusade.