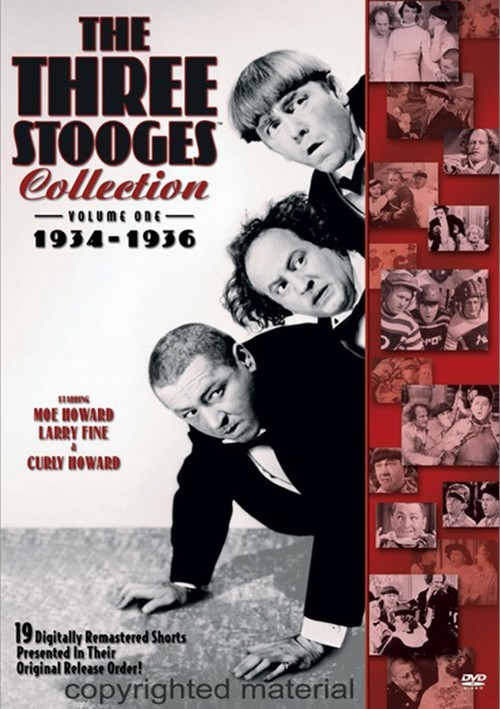 When The Three Stooges first signed with Columbia Pictures, their deal was for one short. 1934's Woman Haters, done entirely in rhyme, wasn't a huge success, but the Stooges hit their stride with their second short, Punch Drunks, and began to settle into their definitive roles Moe as boss, Larry the middleman and Curly as their foil.

Witness the rise of these comedy icons in this high-spirited collection containing the first 19 Columbia Pictures shorts, all of which have been remastered for the best quality picture and sound. You'll experience the eye-pokes, face slaps, hollow head knocks and knuckle cracks like you've never heard or seen them before. So go ahead, nyuck yourself out!