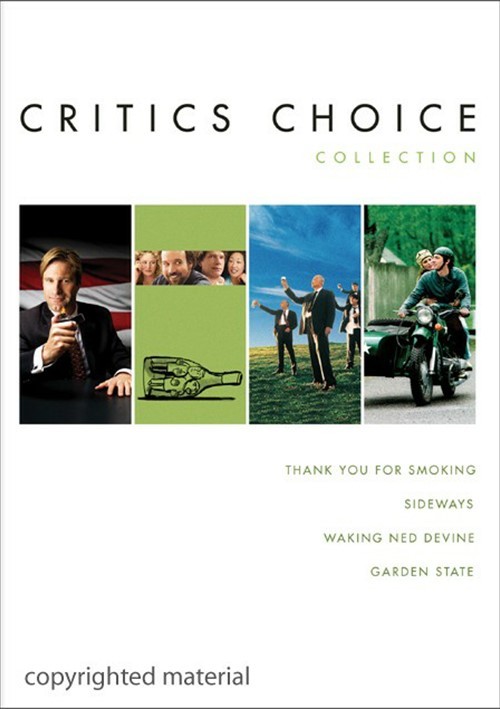 Thank You for Smoking

Warning: Thank You For Smoking "just might make you laugh your head off!" (Maxim). Aaron Eckhart stars as Nick Naylor, a sexy, charismatic spin-doctor for Big Tobacco who'll fight to protect America's right to smoke - even if it kills him - while still remaining a role model for his 12-year old son. When he incurs the wrath of a senator (William H. Macy) bent on snuffing out cigarettes, Nick's powers of "filtering the truth" will be put to the test. As Nick says, "If you want an easy job, go work for the Red Cross." With a smokin' all-star cast that includes Rob Lowe, Maria Bello, Katie Holmes, Adam Brody and Robert Duvall, this "fiendishly funny" (Good Moring America) comedy will prove seriously addictive.

When Ned Devine dies from shock after winning the lottery, two longtime friends, Michael and Jackie, discover the body and agree Ned would want them to benefit from his good luck. They embark upon an outrageous scheme to claim the ticket-but first they have to get all the townsfolk to go along with their plan!

Twentysomething, emotionally detached Andrew "Large" Largeman (Braff) returns home to New Jersey after nine long years.. Now, as he tries to re-connect with his past, a series of chance encounters with Sam (Natalie Portman) - a free-spirited who's everything he isn't - sets the stage for a fateful, mind-blowing take on what his future might hold. Co-starring Peter Sarsgaard, Ian Holm and Method Man, Garden State is "hilarious" (Rolling Stone).