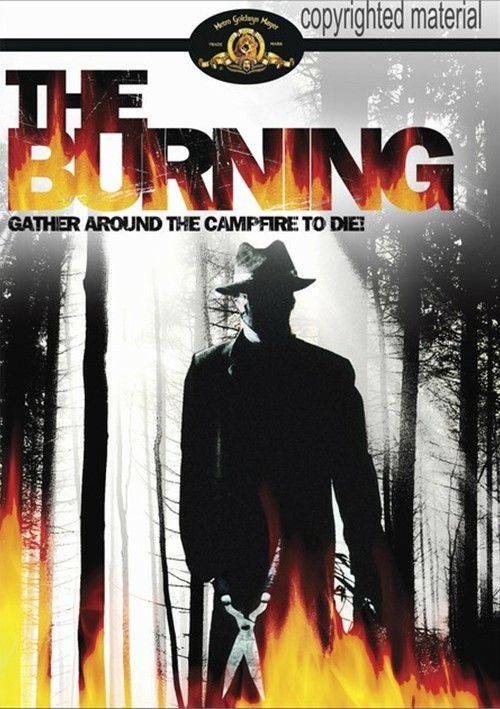 Gather around the campfire to die!

A group of summer camp pranksters get the scare of their lives when they target the camp's creepy caretaker... and he takes bloody revenge! "Gruesome" (The Hollywood Reporter) and "stomach-churning" (Boxoffice), this terrifying tale is "a brilliant slasher flick [and] gory as hell!" (slasherpool.com).

After a cruel joke goes awry, severely burning him and subjecting him to five years of intensive, unsuccessful skin graft treatments, Cropsy (Lou David) is back at camp... and ready to wreak havoc on those who scarred him! With his hedge clippers in hand, he terrorizes the camp and systematically mutilates each victim. Can a few courageous campers save themselves and destroy this demented madman before he kills them all?

Reviews for "Burning, The"