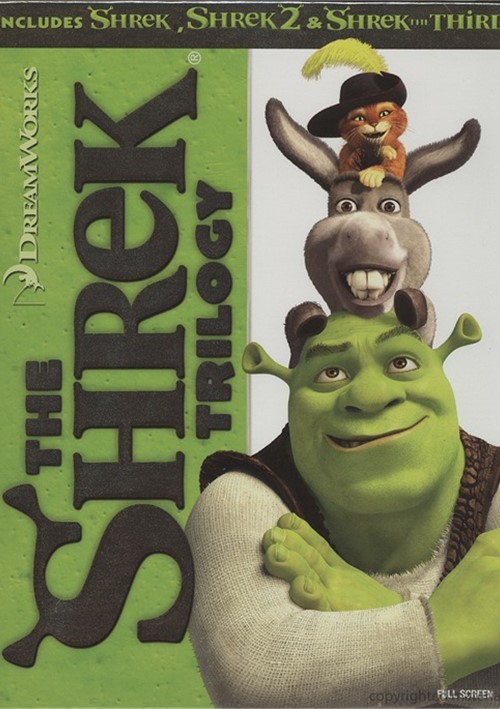 You've never met a hero quite like Shrek, winner of the first Academy Award for Best Animated Feature. The endearing ogre sparked a motion picture phenomenon and captured the world's imagination with... the Greatest Fairy Tale Never Told! Critics are calling Shrek "not just a brilliant animated feature, but a superb film on any level" (Larry King, USA Today).

Relive every moment of Shrek's (Mike Myers) daring quest to rescue feisty Princess Fiona (Cameron Diaz) with the help of his loveable loudmouthed Donkey (Eddie Murphy) and win back the deed to his beloved swamp from scheming Lord Farquaad (John Lithgow).

Game Swamp: Over 15 Interactive Games and Activities Including Shrek Pinball, Rescue the Princess and Soup Slam

Shrek 2
All-New Surprise Ending! Far Far Away Idol. Created Exclusively for the DVD! Your favorite characters battle it out in this hilarious spoof -- a singers' showdown with 11 hit songs! You Vote For Your Favorite Character!
Hilarious Technical Goofs

Meet Puss In Boots: There's more to this feline ogre-killer than just a furry face

The Tech Of Shrek 2

A Sneak Peek from Dreamworks Animation
DreamWorks Kids - This Way to Play!
Over 20 Games and Activities Including Save Fiona! and Find Puss In Boots

And Much, Much More!

Reviews for "Shrek Trilogy, The (Fullscreen"