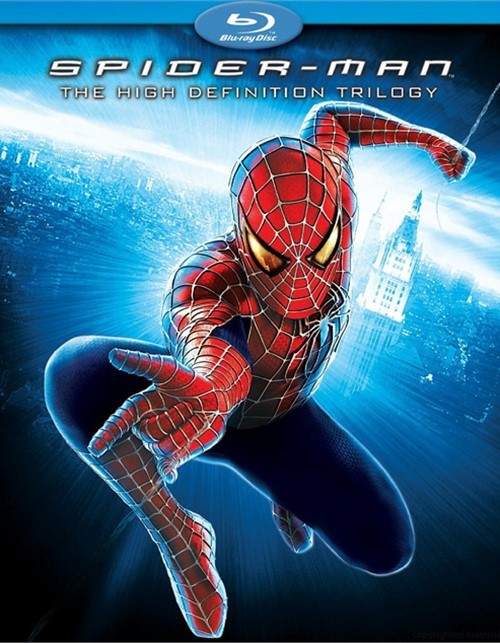 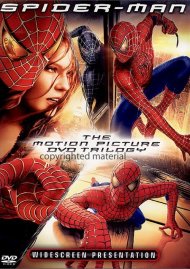 The Spider-Man motion pictures are available for the first time ever in pure 1080p High Definition, exclusively on Blu-ray Disc! See each heart-pounding adventure as you've never seen or heard before - from Green Goblin's gleaming glider and Doc Ock's polished metallic tentacles in Spider-Man and Spider-Man 2 to Sandman's mesmerizing transformation and Venom's menacing inky black suit in Spider-Man 3. The master-quality audio will make you feel like you are in the middle of all the action! Bring out the absolute best picture and sound quality as only Blu-ray Disc High Definition can deliver.

Ordinary teenager Peter Parker is transformed into super-hero Spider-Man after he's bitten by a super spider. When the diabolical Green Goblin creates mayhem in Manhattan, the unstoppable Spider-Man faces the ultimate challenge: to squash his arch-enemy, to save New York City, and to win the heart of MJ, the girl next door.

Though Peter Parker tries to leave crime-fighting to live an ordinary life, a new danger, Doc Ock, f-rces him to take up his Spider-Man mask again, to save his city and the women he loves.

New York City is in the throes of Spider-mania, and Peter Parker finally has the girl of his dreams. But just when it seems like things can't get any better, Spider-Man must fight the most terrifying trio of villains he's ever encountered - the deadly Sandman, the New Goblin, and Venom - plus the enemy he discovers within himself.

Reviews for "Spider-Man: The High Definitio"