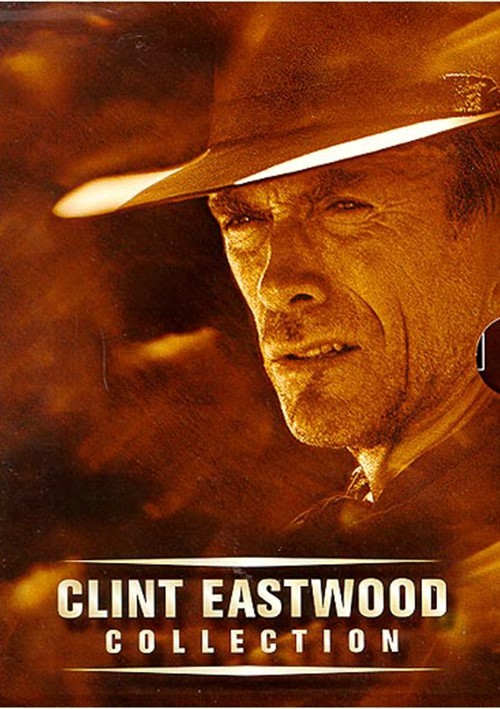 Clint Eastwood and Geraldine Page star in this tense psychological drama of love and betrayal. During the Civil War a wounded Union soldier is sheltered by eh headmistress and students of a girls' academy in the South. As his health returns his desire increases, but can he trust these enemy women not to turn him in? He takes his chances but soon realizes that his benefactress can't be trusted...with his love or with his life! His lustful ambition turns quickly against him and the story follows him through a series of nerve-shattering events, including realistic scenes that are among the boldest, most shocking ever witnessed on film.

In a performance that won universal acclaim, Clint Eastwood stars as Frank Horrigan, a veteran Secret Service agent haunted by his failure to protect JFK from assassination. Thirty years later, he gets a chance to redeem himself when a brilliant psychopath threatens to kill the current president, and take Horrigan with him. Taunting him by phone and tantalizing him with clues, the assassin (John Malkovich) lures Horrigan into an electrifying battle of wits and will that only one man can survive.

Ask Clint Eastwood to select personal favorites among his movies and you might be surprised by one choice. "It's an old-fashioned theme," Eastwood says. "But if, as a film director, I ever wanted to say something, you'll find it in Bronco Billy".

"One of the funniest and most touching films you'll see this or any year" (Rona Barrett, ABC-TV) casts him as the ace sharpshooter and head of a modern Wild West tent show. Life's been hard for Billy and his ragtag troupe. But their luck might change -- in the unlikely person of a highfalutin society dame (Sondra Locke). You may already have a favorite Eastwood role. Watch Bronco Billy and chances are you'll have another.

Harry Callahan is a tough, streetwise San Francisco cop whom they call Dirty Harry. In this action classic, you'll see why-and also why Clint Eastwood's reputation as a premier film star and moviemaker is secure. A rooftop sniper (Andy Robinson) calling himself Scorpio has killed twice and holds the city ransom with the threat of killing again. Harry will nail him...one way or the other -- no matter what the "system" prescribes.

As The Outlaw Josey Wales, Clint Eastwood is ideal as a wary, fast drawing loner, akin to the "Man With No Name" from his European Westerns. But unlike that other mythic outlaw, Josey Wales has a name - and a heart.

The heart opens up as the action unfolds. After avenging his family's brutal murder, Wales is pursued by a pack of killers. He prefers to travel alone, but ragtag outcasts are drawn to him - and Wales can't bring himself to leave them unprotected. Time called it one of 1976's best movies. Over time, The Outlaw Josey Wales has secured a placed as one of the top Westerns ever.

Clint Eastwood's film Unforgiven is an exciting modern classic that rode off with four 1992 Academy Awards, including Best Picture and Director. "The movie summarized everything I feel about the Western," Eastwood told the Los Angeles Times. "The moral is the concern with gunplay." Eastwood and Morgan Freeman play retired, down-on-their-luck outlaws who pick up their guns one last time to collect a bounty offered by the vengeful prostitutes of the remote Wyoming town of Big Whiskey. Richard Harris is an ill-fated interloper, a colorful killer-for-hire called English Bob. Best Supporting Actor winner Gene Hackman is the sly and brutal local sheriff whose brand of law enf-rcement ranges from unconventional to ruthless. Big trouble is coming to Big Whiskey.