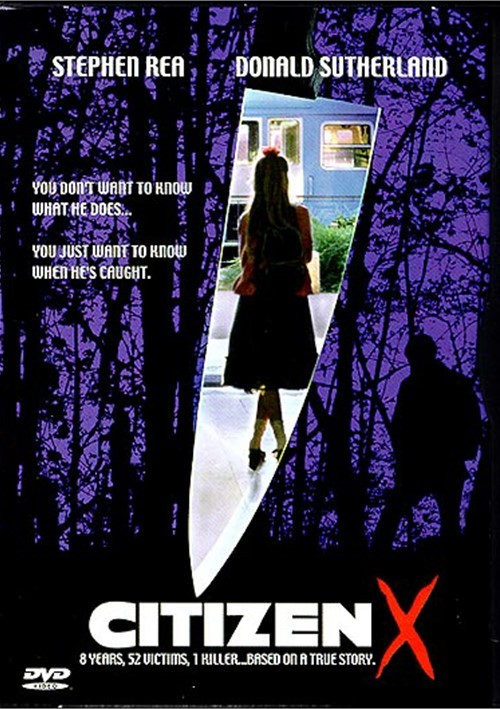 Based on the true story of the most savage and elusive serial killer on record. Eight bodies are found in the woods, brutally murdered,d, mutilated. The victims are young, often loners, who made the mistake of talking to a stranger and paid for it with their lives. A brilliant forensics expert but an inexperienced detective, Viktor Burakov (Stephen Rea) is put in charge of the case by his Colonel (Donald Sutherland). It is the Colonel's job to give Burakov as much support as he can, but as the number of victims continues to rise, the investigation slows to a standstill, buried under government red tape.

The slaughter continues unabated, until Burakov calls in a psychiatrist (Max Von Sydow) to create a psychological portrait of the murderer. With fifty-two victims taking shape before their eyes. But can they trap him before he kills again...?