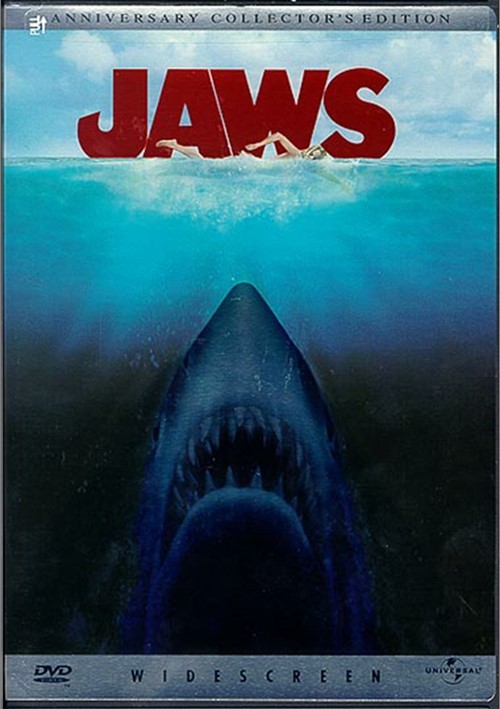 Steven Spielberg directed this classic film that became one of the most enduring action-suspense films of all time.

Jaws was an instant blockbuster, a phenomenon, and today it is still among the highest grossing films in motion picture history, acclaimed by critics and audiences alike.

Rediscover the timeless film that continues to make entire generations afraid to go in the water.

Spotlight On Location: The Making Of Jaws
Deleted Scenes And Outtakes
Get Out Of The Water! Trivia Game
Shark World
Production Photos And Storyboards
Original Theatrical Trailers
Screen Saver