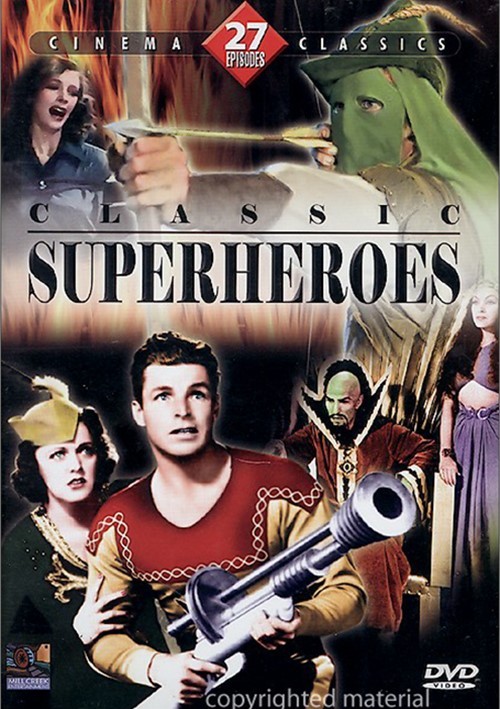 Flash Gordon (Buster Crabbe), Dale Arden (Carol Hughes) and Dr. Zarkov must once again go to the planet Mongo and fight the evil emperor Ming (Charles Middleton) in this third of the Flash Gordon serials. Tracing the source of the "Purple Death" to Mongo, our group of adventurers flies to there in Dr. Zarkov's rocket where they discover that Emperor Ming, whom they believed had been killed at the end of their last battle is still alive. He is threatening to not only conquer all of Mongo, but also is attacking Earth again, using a "Death Dust" spread by his spaceships that will eventually destroy everyone on Earth. Old allies and new assist Flash in stopping Ming's efforts and saving the Earth.

The struggle over a family estate ends up with one brother accused of murder and apparently killed on the way to prison, while the other brother takes control of the estate for his own nefarious plans. The estate is being used by the evil brother as a base for his jewelry theft ring and he kidnaps his brother's wife to keep things quiet. Will the efforts of the woman's family be successful in freeing her and what does the mysterious Green Archer have to do with solving this case?