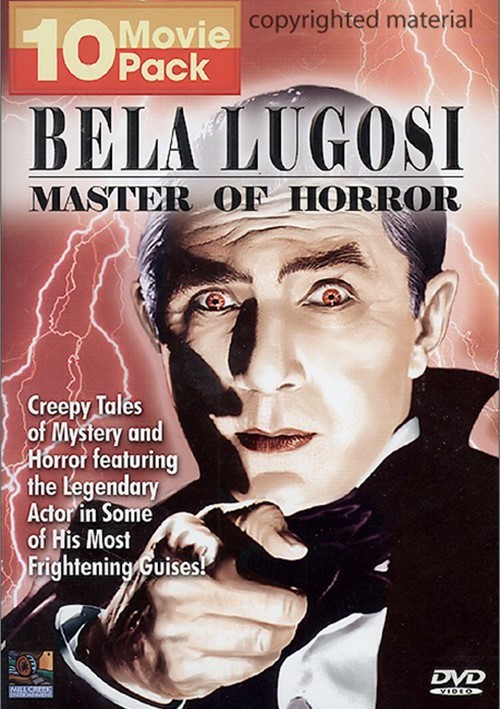 Just prior to the start of World War II, a doctor operates on six Black Dragon Society Japanese operatives & transforms them into exact duplicates of six high-ranking American businessmen.

Bela Lugosi stars in this Monogram thriller as Charles Kessler, a man living with his daughter while hoping for the return of his wife. Upon seeing her peeking through a window, he falls into a trance and murders the maid. The maid's boyfriend is framed for the murder and dies in the hands of the police. The man's twin brother and Kessler's daughter team up to clear the brother's name and discover the true identity of the killer.

One Body Too Many

A timid insurance salesman decides to place a call upon an eccentric recluse at his mansion only to find that he has just passed away. What he also finds is a home full of relatives who are, according to the will, all bound to remain in the mansion until the authorities arrive to claim the body.

A woman who was literally frightened to death narrates the story of how she arrived at her untimely demise. The woman is shown going through a series of circumstances that begin to wear down her psyche and drive her to madness. A lengthy line-up of suspects for the person responsible for her death has the police baffled.

The Bowery at Midnight

A kindly university professor operates a soup kitchen with his daughter down in the bowery, helping those less fortunate than most. This persona is a cover for the professor's true activities, heading a criminal operation out of the basement of the soup kitchen with his gang committing robberies and murder, even having members of the gang eliminated if they f

A kindly university professor operates a soup kitchen with his daughter down at the bowery, helping those less fortunate than most. This persona is a cover for the professor's true activities.

Bela Lugosi revels in his role as European horticulturalist Dr. Lorenz in this outlandish tale of horror and dementia. The good doctor's aging wife (Elizabeth Russell) needs fluids harvested from the glands of young virgins in order to retain her eternal youth and beauty. What better place for the doctor to maintain his supply than at the alter, where he kidnaps the unsuspecting brides before they can complete their vows. Sedating them into a coma-like state he brings them to his mansion to collect his tainted bounty.

A chemist feels betrayed by the company owners who have profited from his discoveries. Seeking revenge upon the men, the chemist has bred a large vicious bat that will attack anyone covered with a particular cologne he's manufactured. After a series of deaths due to the bat, a reporter discovers the truth behind the attacks and sets out to stop the madman.

Dr. Alex Zorka (Bela Lugosi) is the creator of several wondrous devices that a former partner asks him to contribute to the U. S. Government, but he decides to use for his own benefit and ultimately world domination. With foreign spies desperate to get their hands on Dr. Zorka's inventions, the U.S. Government sends in Captain Bob West of the Military Intelligence Department to find the doctor and stop both him and the spies before either can use the devices for their evil purposes.

A Haitian plantation owner convinces his young friends to wed at his residence, hoping he can use the opportunity to lure the woman away from her fiancÃ©. When this ploy fails, and the woman is transformed into an emotionless zombie, the plantation owner demands that the mill operator restore her, but he refuses and turns on the owner. Meanwhile, the fiancÃ© is contacted by a missionary who informs him of the state his bride-to-be is in and that there is still a chance to rescue he