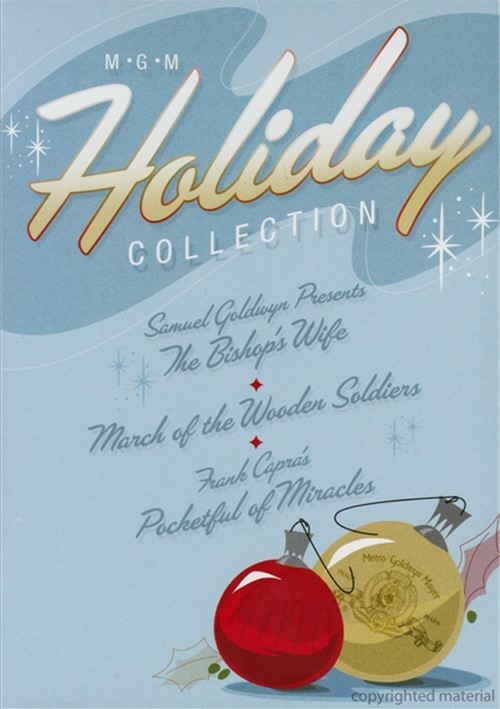 Starring Oscar-winners Gary Grant, Loretta Young and David Niven, this delightful romantic comedy is wondrous, witty and truly divine! Struggling to raise funds for a new cathedral, a preoccupied young clergyman has neglected his loving wife, and now only divine intervention - in the form of a powerful and handsome angel with a mind of his own - can save their marriage!

March Of The Wooden Soldiers

Stan Laurel and Oliver Hardy star as two well-meaning bumblers, Dum and Dee, who do everything wrong at their toy factory jobs. But when they learn of a plot to shut down the toy factory, it's up to the big-hearted, hilarious duo to gain help from the rest of the fairy-tale citizenry to save the factory and the holidays!

When a racketeer (Glenn Ford) learns that his favorite fruit peddler (Bette Davis) has a daughter, he enlists the aid of his cronies to help the young girl marry the man of her dreams. Frank Capra's last film, and one of his best, was nominated for three Academy Awards.