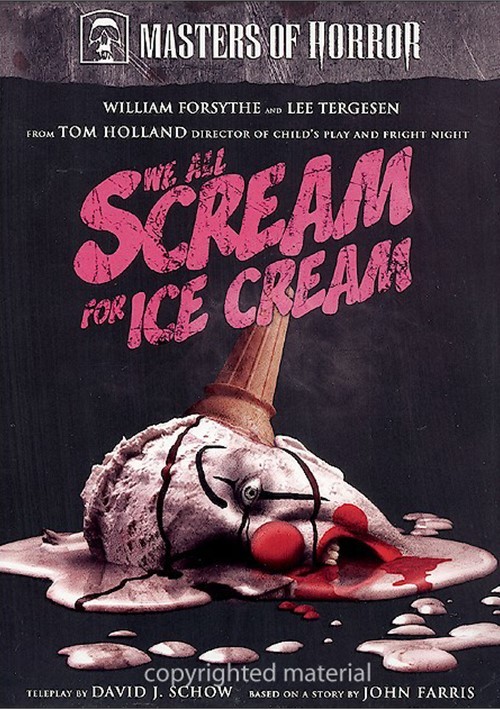 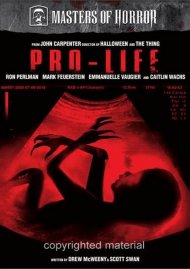 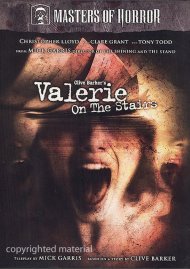 Masters Of Horror: Mick Garris - Valerie On The Stairs

William Forsythe of The Devil's Rejects stars as Buster The Clown, a mentally challenged man who sells ice cream his Cheery Tyme truck until a cruel prank by a bunch of neighborhood boys goes horrifically wrong. A generation later they're all grown men with families, but the crime of their past may now be trolling for their children: Buster and his truck have returned for sweet revenge, and every frozen treat will bring its own taste of Hell. Lee Tergesen (The Texas Chainsaw Massacre: The Beginning) co-stars in this tasty chiller adapted by 'splatterpunk' writer David J Schow (Pick Me Up) from the short story by best-selling author John Farris (The Fury~~).

Sweet Revenge: The Making Of We All Scream For Ice Cream
Melt Down: The Scoop On The Visual And Make-Up Effects
Audio Commentary with Director Tom Holland and Writer David J. Schow
Photo Gallery
Screenplay (DVD-ROM)