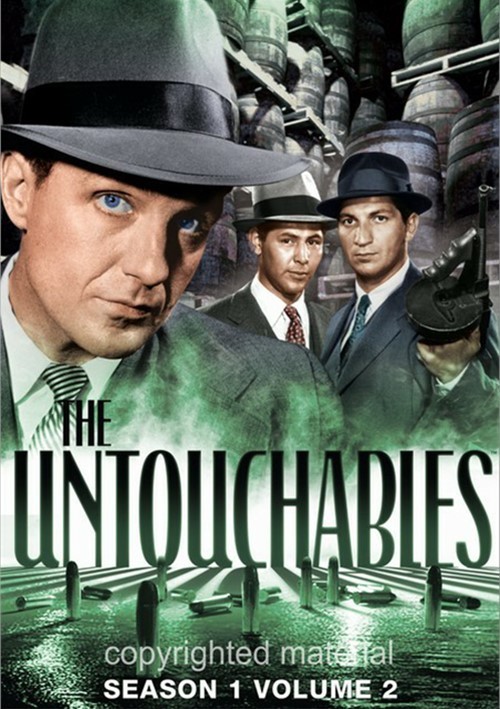 The Untouchables is back, featuring the final 14 Season One episodes, digitally remastered and on DVD for the first time!

This vintage series, set in Prohibition-era Chicago, pits the maverick lawmen known as "The Untouchables" against mobsters holding court against any and all challengers. Robert Stack (TV's The Name Of The Game) stars as federal agent Eliot Ness, who was responsible for Al Capone's downfall. Now in Season 1 Volume 2, Ness and his men go after Frank Nitti, Capon's main enf-rcer, as well as a slew of other mobsters and incorrigibles.

Produced by Quinn Martin (TV's The Fugitive, The Streets Of San Francisco) and narrated by columnist Walter Winchell, the series approaches greatness on the strength of its top-notch cast, dynamic action sequences, and brilliant re-creation of the 1930s. For a knockout combination of timeless entertainment and classic crime drama, you can't top The Untouchables!

Reviews for "Untouchables, The: Season 1 - "