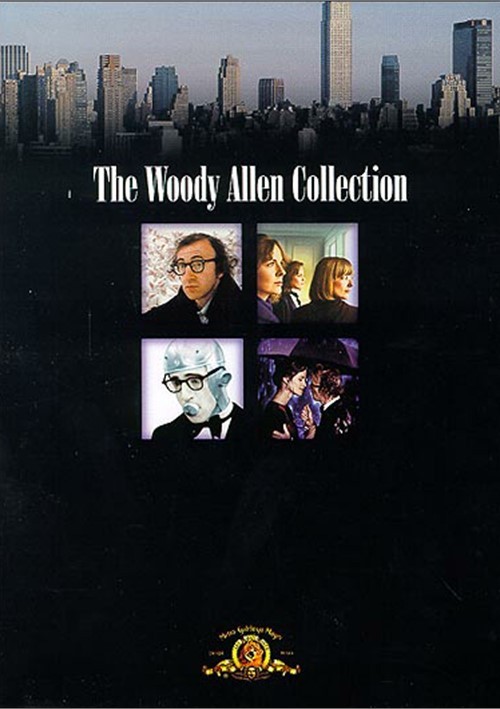 Romantic adventures of neurotic New York comedian Alvy Singer and his equally neurotic girlfriend Annie Hall. The film traces the course of their relationship from their first meeting, and serves as an interesting historical document about love in the 1970s.

When bumbling product-tester Fielding Mellish (Allen) is jilted by his girlfriend, Nancy (Louise Lasser), he heads to the tiny republic of San Marcos for a vacation...only to become kidnapped by rebels! Once the band of rebels seize power, their leader does crazy, and they replace him with Mellish, thinking he can save the country. But when Mellish is nabbed by the FBI, he is put on trial for subversion and in a side-splitting courtroom showdown -- including the most hilarious self-cross examination ever.

Everything you always wanted to know about sex But were afraid to ask.

Allen rises to the occasion with several hysterical vignettes that probe sexuality's stickiest issues! Aphrodisiacs prove effective for a court jester (Allen) who finds the key to the Queen's (Lynn Redgrave) heart -- but learns that the key to her chastity belt might be more useful. Jack Barry gives fetishism 20 question on a wacky TV show called "What's My Perversion?" sex-research goes under the microscope when a mad scientist (John Carradine) unleashes a monstrous, marauding breast. And the absurdity comes to a frenzied climax with Tony Randall, Burt Reynolds and Allen as sperm...having second thoughts about ejaculation!

When Eve (Geraldine Page), an interior designer, is deserted by her husband of many years, Arthur (E.G. Marshall), the emotionally glacial relationships of their three grown daughters are laid bare. Twisted by jealousy, insecurity and resentment, Renata (Diane Keaton), a successful writer; Flyn (Kristin Griffith), a woman crippled by indecision; and Joey (Marybeth Hurt), a budding actress; struggle to communicate for the sake of their shattered mother. But when their father unexpectedly falls for another woman (Maureen Stapleton), his decision to remarry sets in motion a terrible twist of fate...with tragically unexpected consequences.

Cowardly scholar Boris Grushenko (Allen) has the hots for the beautiful Sonja (Keaton), but cold feet for the Napoleonic Wars. Devastated by news of Sonja's plans to wed a foul-smelling herring merchant, Boris enlists in the army -- only to return home a penniless hero! Sonja settles down with poor Boris, to a rich life of philosophy, celibacy and meals...of snow.

42-year-old Manhattan native Isaac Davis (Allen) has a job he hates, a seventeen-year-old Tracy, he doesn't love, and a lesbian ex-wife who's writing a tell-all book about their marriage...and whom he'd like to strangle. But when he meets his best friend's sexy intellectual mistress, Mary, Isaac falls head over heels in lust!

When cryogenically preserved Miles Monroe (Allen) is awakened 200 years after a hospital mishap, he discovers the future's not so bright: all women are frigid, all men are impotent, and the world is ruled by an evil dictator...a disembodied nose! When Miles is captured and reprogrammed by the government - to believe he's Miss America! - it's up to Luna (Keaton) to save Miles, lead the rebels, and cut off the nose...just to spite its face.

Legendary comic filmmaker Sandy Bates (Allen) is tired of being funny. Teetering on the brink of a nervous breakdown, Bates attends a weekend retrospective of his films, only to confront the meaning of his work, the memories of his great love, Dorrie, and the merits of settling down with new girlfriend, Isobel.

Reviews for "Woody Allen Collection, The (8"