Dresden Dolls, The: Live At The Roundhouse London 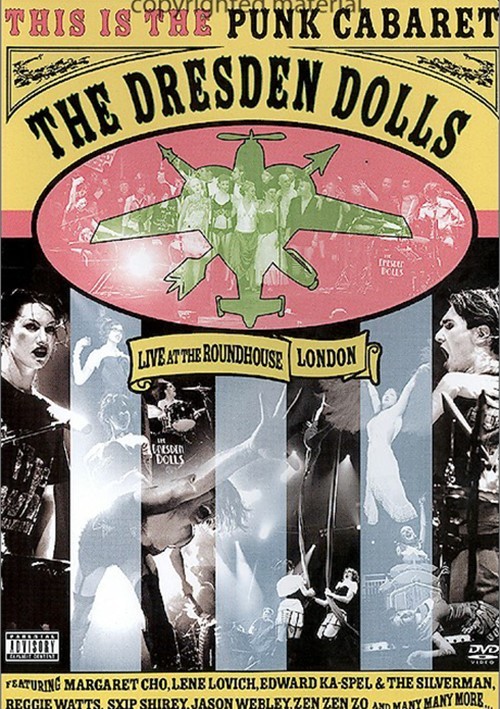 Dresden Dolls, The: Live At The Roundhouse London

London's Roundhouse was simply knackered from hosting the wild antics of The Stones, The Who, The Doors and all forms of naked performance art and avant-theater in the 1960's and 70's, so it decided to close and sl--p in the early 80's. In 2006 it woke up and re-opened its doors. The Dresden Dolls held a conference and decided that yes, this would be the ideal place for a party. It was a scene to behold: the cafe was covered in prints that Nick shot during illegal urban explorations of squats in Berlin, there was a bunch of half-naked Australians lurking out in the freezing cold practicing an esoteric Japanese dance form, a makeshift gypsy band hidden under the concrete stairwell, an aerialist from Montreal hanging above a pair of drunken secretaries from L.A., a beat-boxing New Yorker looping himself infinitely, a pair of British buskers with mohawks beating wildly on household objects, a collection of puppeteered Barbie dolls lip-synching to "Ace of Spades", a roving confessional booth and a magnetic science experiment using My Little Ponies. Oh, and then The Dolls beat the living daylights out of a piano and a drum-set while everyone sang along. If you weren't there, it's a bloody shame. But through the magic of Modern Technology you can buy this DVD and pretend!

Reviews for "Dresden Dolls, The: Live At Th"