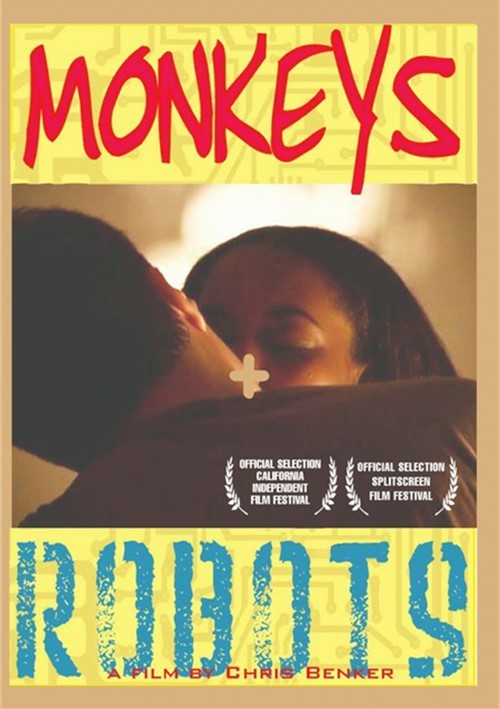 Robert and Maria's marriage has derailed. He is having an affair with Tara, a mysterious exotic dancer, while Maria has become fascinated by internet sex.

Meanwhile, Robert's anarchist brother is on a mission to destroy every ATM in New York.

Can traditional morals apply in modern life, or are we just monkeys and robots?

Reviews for "Monkeys And Robots"