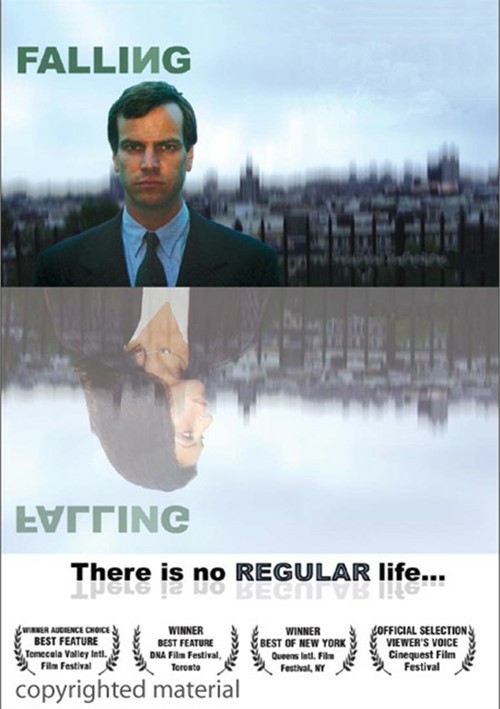 In search of a regular life, Carl Lazarus gets lost and finds himself free falling off a bridge into the murky abyss below. On his way down, fate intervenes and he is miraculously saved by Paul, a petty criminal who dies in his place. To repay the debt, Carl journeys deep into the dead man's world to find Paul's beautiful, street-wise widow Marta and her young son.

Carl discovers a less than appealing picture of his rescuer - although a good man at heart, Paul was a dead beat thief who left behind a family unable to afford even his funeral. Sensing an opportunity to make amends, Carl offers to pay for the burial. When he is fleeced, he learns the first of many rough lessons about Marta's world. Still, an unlikely relationship develops and soon, Carl is playing the role of the perfect "husband" and "father." But the same f-rces that sent Carl over the edge are waiting for him, even in this borrowed life.

Award-winning Falling is writer/director Clayton Allis' debut feature. Clayton is part of a new breed of filmmakers who are creating a new standard for the independent movie. Using digital technology, Clayton has given Falling "...all the gloss of a Hollywood drama but the street cred of an indie..." (Baltimore City Paper). The New York Daily News has described Clayton's work as "a perfect illustration of the future of moviemaking." Falling follows hot on the heels of Clayton's much lauded short :/RUN, which captured national attention for its innovative, fast-paced story about surveillance in the post-9-11 world.