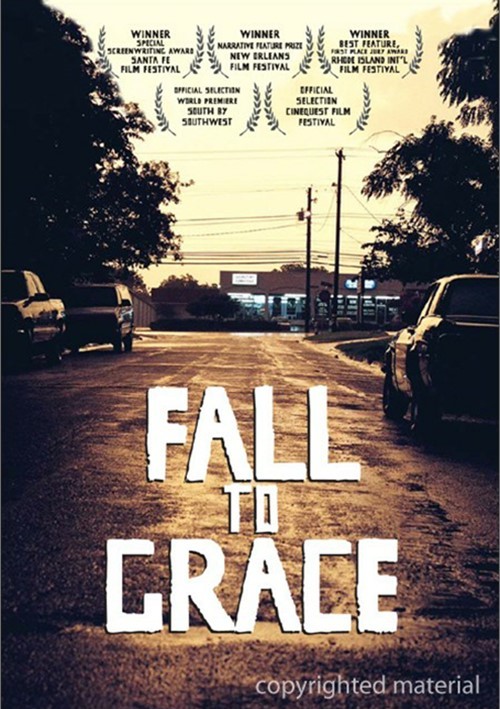 An irate father throws his son's basketball out the window. Follow it to a new girlfriend. A spoiled brat speeds off in her boyfriend's car. Follow it to a bad idea. The good girl is saving up for a plane ticket. Follow her as hope takes off.

Alexei, a Russian who has emigrated to the U.S. from the country of Georgia, can find a job only as a day laborer. His son, Kristofer, excels at the one thing he loves, basketball, and is certain that once he makes the high school team, he will no longer be an outcast.

Kristopher has a mad crush on his neighbor, Sarah, who barely notices him until she realizes that his kindness may be the cure she needs to turn around a life that is steadily going downhill. As these lives collide and intersect, a remarkable hope is ignited, and we are reminded of the connections between friends and family that make a net to catch us when we fall.

Fall to Grace is an award-winning film packed with brilliant performances and captivating drama. Mari Marchbanks subtly directs her debut in a naturalistic manner. Each character is outstandingly portrayed with a sensitivity which earns sympathy and concern. Fall to Grace is ultimately a tender story about family and connection, and as the characters catch themselves from falling, they redeem their own lives and the lives of those they love.

Reviews for "Fall To Grace"