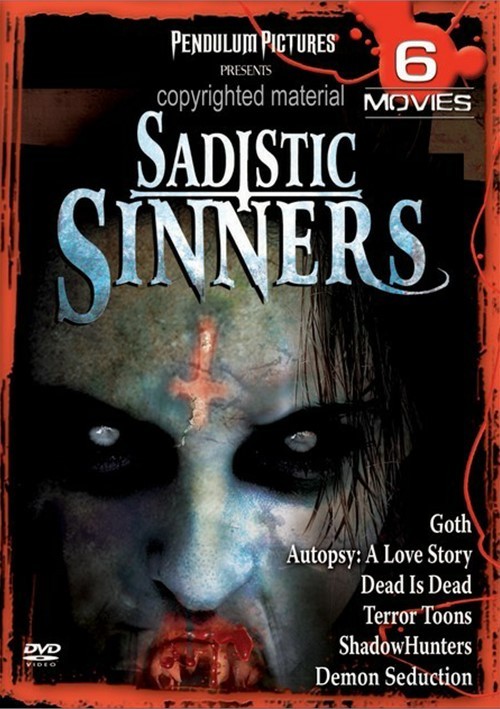 Charlie Bickle is a lonely man working as a coroner. His friends are the John and Jane Doe of the city suicides, overdosers and homicides... who for the right bribe can end up having their body parts harvested and sold for profit. When Charlie meets the Jane of his dreams, a beautiful suicide victim, he realizes it was no accident they met and is determined to keep her at all costs.

Eric is attacked and partially dismembered by a mutant creature and left for dead. A woman named Laura finds him and uses and experimental drug on him as Doxital. Eric uses his supply of the drug to pay off a debt, but the Doxital he gives away is a bad batch! Can he get it back in time?

Candy and Cindy have been left home alone for the weekend. Cindy receives a strange DVD sent by the Devil himself. While Candy is having a house party, Cindy views the DVD and unleashes two homicidal cartoon characters, Dr. Carnage and Max Assassin. The fiendish characters stalk, torment and kill the partygoers in wild and kooky cartoon traditions.

A group of sorority girls venture into an old, decaying "haunted hospital" where an evil fallen angel is bound by an ancient spell. The angel has just been released and the scantily clad sorority girls are trapped inside. Four quarrelling "Shadow Hunters" are also trapped in the hospital and they must vanquish the evil Malphaedor as time ticks away and everyone's life is at stake!

An epic and bloody battle for the survival of planet Earth is on. Scientists experiment on a synthesized human-alien hybrid with new and advanced DNA. A dying race of aliens must have the Super-DNA to continue building their population and they will stop at nothing. Not wanting to bring attention to their mission, they morph into human females to seduce the scientists and obtain the secret formula. But if hot sex doesn't get the job done, the aliens will start using gruesome, gut-ripping carnage.