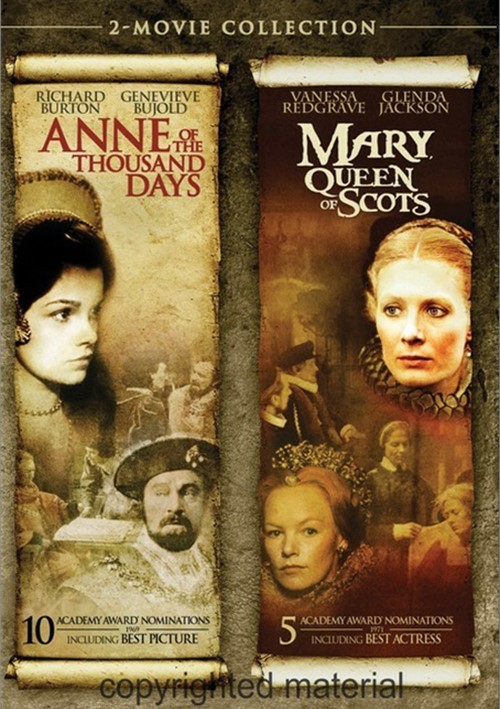 Enter the world of majesty with two emotionally charged epics that expose the secret lives and public battles of England's most influential royalty in the Anne Of The Thousand Days / Mary, Queen Of Scots 2-Movie Collection! Honored with a combined 15 Academy Award nominations, these films tell the torrid true-life tales of King Henry VIII, Queen Elizabeth I, Anne Boleyn, and Mary, Queen of Scots. Featuring lavish costumes, stunning Technicolor photography and critically acclaimed performances, these spectacular films bring new life to some of the most powerful figures of all time!

Anne Of The Thousand Days

The battle between Mary, Queen of Scots (Vanessa Redgrave) and Elizabeth, Queen of England (Glenda Jackson), comes alive once again in the epic that earned 5 Academy Awards nominations.

Reviews for "Anne Of The Thousand Days / Ma"