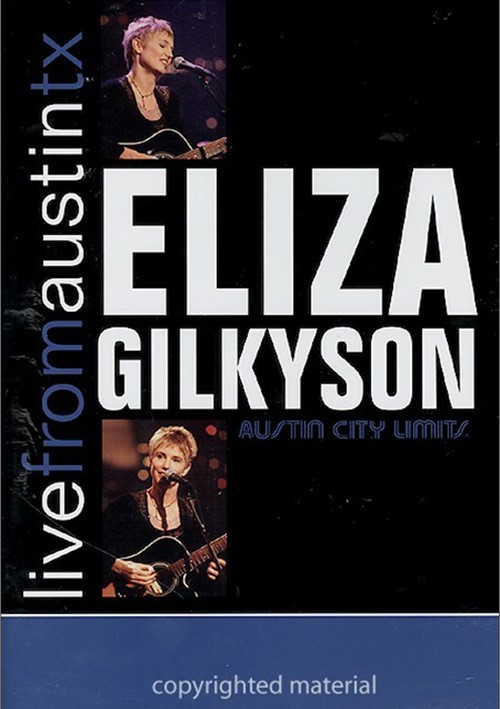 Although Eliza Gilkyson was born in Los Angeles, Texas likes to claim her as one of its own. Maybe it's because her songs have that deeply personal, plaintive, raw quality typical of so many of Texas' best writers. This show was recorded around the 2000 release of Hard Times in Babylon, which quickly turned into a critical success. This collection of experiences and her need to stay true to her muse.

Available for the first time ever, the Live From Austin, Texas concert series features previously unreleased performances from the award winning ~~Austin City Limis/i> television show. Taken from the full concerts with only a limited selection of songs previously aired, these performances have been re-mixed and re-mastered in stereo and 5.1 surround sound to provide the highest quality concert DVDs.