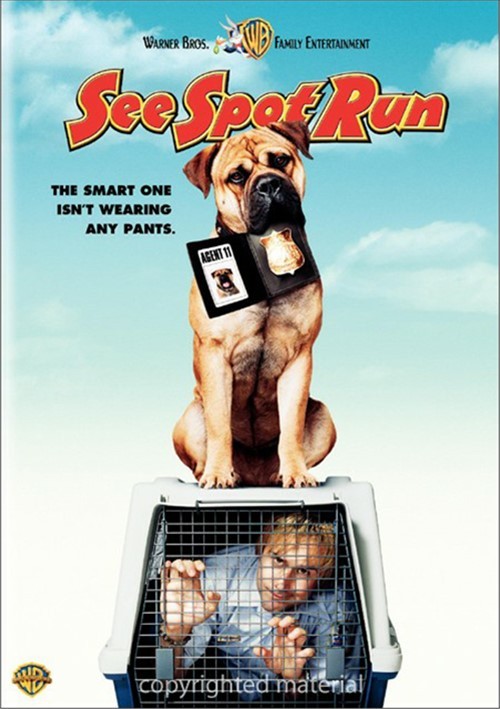 Offbeat mailman Gordon Smith has never met a dog he couldn't handle, but when he offers to baby-sit James, the young son of his beautiful neighbor Stephanie, his dog skills are put to the test! When a crime-fighting superdog hiding from the Mob befriends James, he drives our "dog-loving" mailman up a tree, dodges the Mob and wins the hearts of the good guys along the way. See Spot Run straight into the hearts of families everywhere.

Clifford The Big Red Dog, Cleo and T-Bone star in their first movie adventure! Clifford and his pals set off on a cross-country road trip when they enter a talent contest to win a lifetime supply of Tummy Yummies. Teamed with new friends, including Shackelford the High-Flying Ferret and Rodrigo Chihuahua of Steel, this funny menagerie work together to turn a broken-down act into a record breaking show! As always, Clifford's big love makes everyone a winner.

Voice stars (including John Ritter as Clifford) from the award-winning animated series, plus Jenna Elfman, John Goodman, Judge Reinhold and more join the big fun based on the popular books that make the Big Red Dog the hugely read dog. Take a bow-woe, Clifford. You're the best.

Clifford's Really Big Movie
Music Videos: Big Time and Big Time Singalong
Readalongs: Amazing Animals and The Star Of The Show
Cleo Crafts: Learn How to Make Clifford Puppets and other Playthings
Inside the Dog House: Behind the Scenes
Sneak Peeks