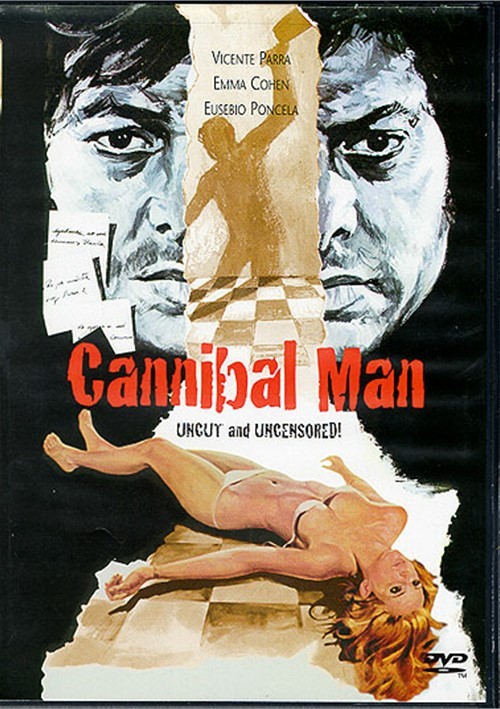 When slaughterhouse worker Marcos (Vincent Parra) accidently kills a man during a fight, he beings to lose his grip on sanity. As his brutal crimes escalate and the body count grows, the killer must find a way to dispose of his victims. The solution is simple but shocking: You are what he eats!

Co-written and directed by Eloy de la Iglesia, Cannibal Man is reminiscent of such classics as Repulsion, Maniac and Henry - Portrait Of A Serial Killer. Banned in many countries for its graphic violence, this intense study of a decent man driven to obscene murder is now available for the first itme ever in America - uncut and uncensored.