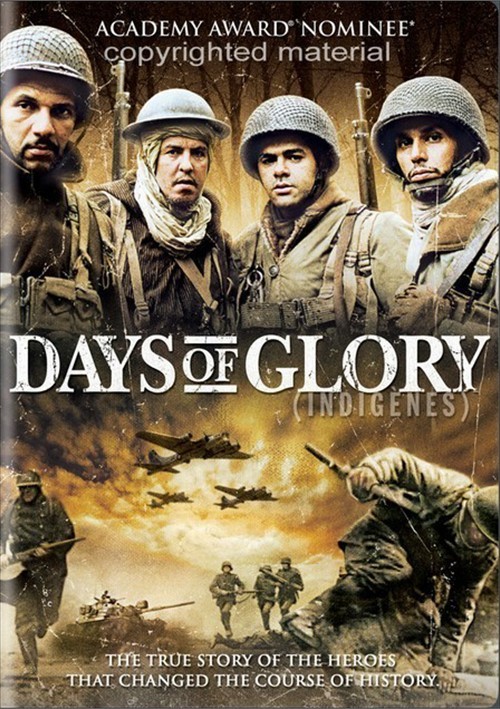 The true story of the heroes that changed the course of history.

The critically acclaimed and Oscar nominated war epic Days of Glory (Indigenes) is "a chronicle of courage and sacrifice... told with power, grace and feeling and brought alive by first-rate acting" (A.O. Scott, The New York Times). Telling the true story of a band of World War II soldiers who heroically fought their way across Europe while battling discrimination within their own ranks, the film was hailed for its "eloquent performances and potent action sequences" (Jan Stuart, Newsday). The Los Angeles Times' Kenneth Turan called it "a North African Saving Private Ryan, a taut, involving film that delivers all the things we look for in war movies."

Reviews for "Days Of Glory (Indigenes)"