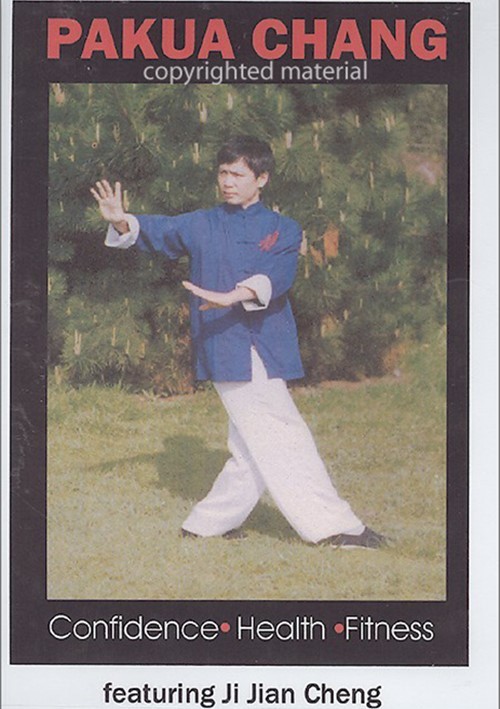 Pakua Chang is one of the three internal Chinese martial arts and a "brother" of Tai-chi Chaun in the martial arts pantheon. In this DVD, Ji Jian Cheng demonstrates the basics of stepping and walking the circle, 8 palm techniques, direction changes and the full Swimming Dragon form of movement sequence. Striking applications of palm techniques are also shown.

Master Ji Jian Cheng has learned Pakua since the age of 12 and is a superlative exponent of this fascinating art. Master Ji is a direct descendant of the eminent master Sun Lu-t'ang, who taught Pakua in the early 1900's. Sun also gave his name to a unique form of Tai-chi-Chuan, "Sun Style". Master Ji is now director of Wu Shu at Hangzou University and is a master of a bewildering range of Chinese martial arts skills as well as Chinese medicine, massage and physiology.

Pakua cultivates relaxation, flexibility and above all, fluidity. It is widely performed in China and the United States. Its actions are usually quicker than those of Tai-chi and brings agility to its students.