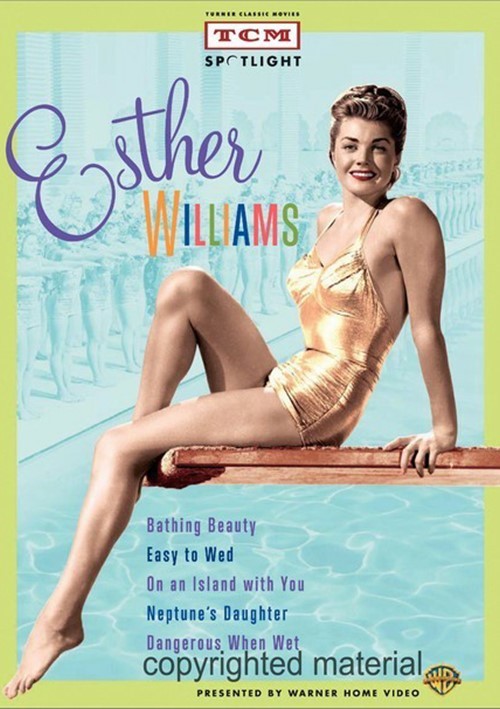 A big splash in her first starring role: Williams is a teacher at a women's college - and wacky Red Skelton enrolls to be near her. An astonishing flames-and-fountains aquatic finale.

A spiffy remake of the screwball classic Libeled Lucy, with Esther as the lady libeled. Van Johnson, Keenan Wynn and Lucille Ball round out a funny four-sided love triangle.

On An Island With You

Paradise for musical-comedy fans! Esther (in a series of swimsuits and sarongs) plays a film star on a tropical location shoot. With Ricardo Montalban, Cyd Charisse and Jimmy Durante.

The polo team's in town and so is the fun for Esther, Ricardo Montalban, Red Skelton and Betty Garrett. Includes Frank Loesser songs and one of Esther's greatest splash-happy finales.

Cartoon legends Tom and Jerry join Esther in the light-hearted extravaganza about a girl who swims the English Channel - and meets a dashing Frenchman (Fernando Lamas).

"TCM Spotlight: Esther Williams" SeriesView All 2 Titles in the Series > 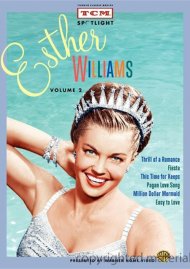