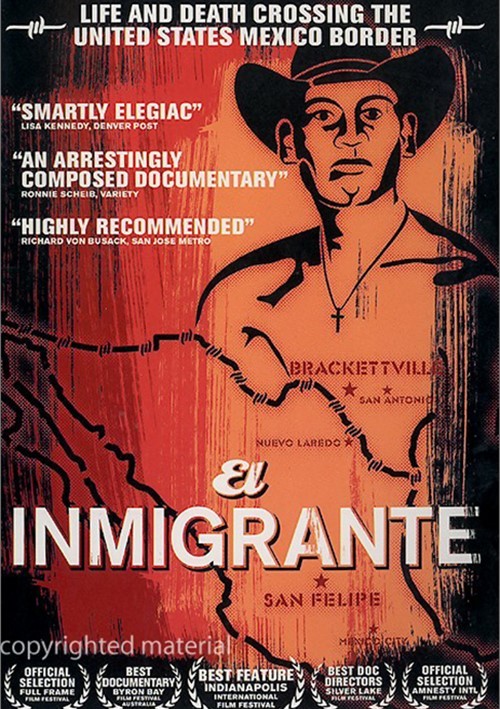 The true story of one Mexican immigrant's life and death crossing the border into the promised land, El Inmigrante is a documentary film that examines the Mexican and American border crisis by telling the story of Eusebio de Haro a young Mexican migrant who was shot and killed during his journey north. "What distinguishes El Inmigrante is less the dramatic shooting death and miscarriage of justice at its center, than the unusual sensitivity and openness of filmmakers to the distinctive rhythms and belief systems of both sides of the border." (Variety)