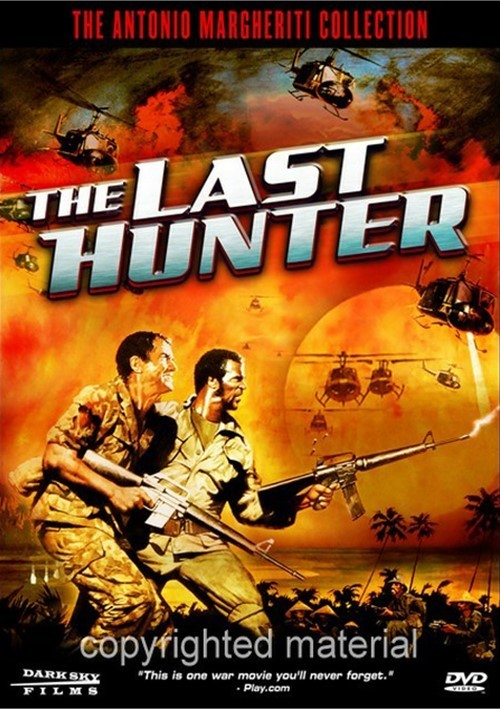 War is Hell... and to carry out his top secret mission, one soldier will make a deal with the Devil.

Italian frightmaster Antonio Margheriti (Cannibal Apocalypse) turned to the horrors of war for this explosive action film set near the end of the Vietnam conflict.

Following the grisly suicide of his shellshocked friend, Captain Harry

Morris (David Warbeck, The Beyond) accepts one final mission: to go behind enemy lines and destroy a Viet Cong radio tower broadcasting anti-American propaganda to US troops.

Aided by a ragtag squadron of commandos and shadowed by a beautiful photojournalist (Tisa Farrow, Zombie), Morris carries out his search and destroy mission with extreme prejudice, straight into the heart of darkness.

Made in the wake of the success of The Deer Hunter and shot on Philippine locations left over from Apocalypse Now, The Last Hunter is an over-the-top example of Italian exploitation filmmaking at its most shameless... and unforgettable.

Reviews for "Last Hunter, The"