Fistful Of Dollars, A: Collector's Edition 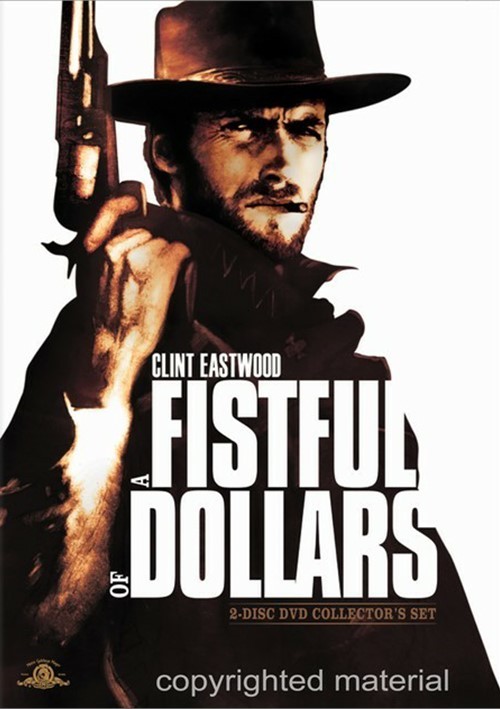 Fistful Of Dollars, A: Collector's Edition

Among the first of the "spaghetti westerns" and an instant international phenomenon, this hard-hitting epic stunned audiences with its violence, gritty realism and tongue-in-cheek humor, and launched the film careers of Italian director Sergio Leone and a little-known American actor named Clint Eastwood. Now bearing an arsenal of special features, including an all-new commentary track, six featurettes and more, A Fistful Of Dollars is one of the first - and arguably the best - spaghetti westerns ever made!

A lean, cold-eyed, cobra-quick gunfighter - the laconic "Man With No Name" (Eastwood) - arrives in a grim and dusty border town where two rival bands of smugglers terrorize the impoverished citizens. Though he receives lucrative offers of employment from each gang. his loyalty cannot be bought. He accepts both jobs... and sets in motion a deadly plan to destroy the criminals, pitting one against the other in a series of brilliantly orchestrated setups, showdowns and deadly confrontations.

Review "Fistful Of Dollars, A: Collect"

Reviews for "Fistful Of Dollars, A: Collect"