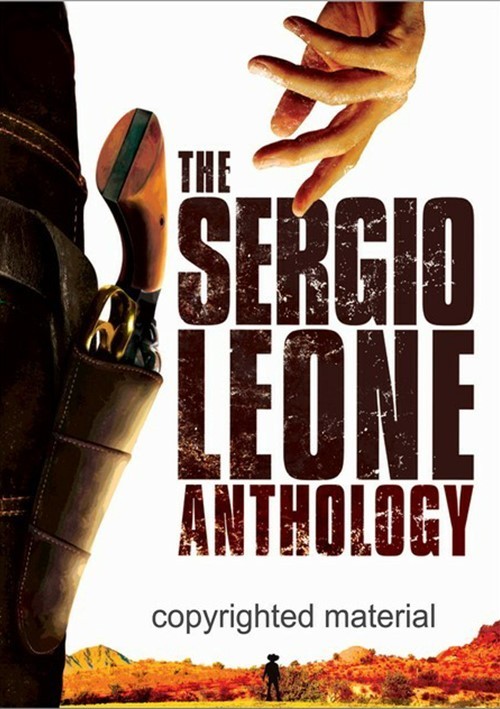 The Masterworks. The Genius. The Legacy.

The Sergio Leone "spaghetti westerns" did not simply add a new chapter to the genre... they reinvented it. From his shockingly violent and stylized breakthough, A Fistful Of Dollars, to the film Quentin Tarantino calls "the best directed movie of all time," The Good, The Bad And The Ugly. Leone's vision did for westerns what talkies did for all movies back in the 1920s: it elevated them to an entirely new art form. Fully restored, presented with their best-ever audio, and including audio commentaries, featurettes and more, these films are much more than just the definitive Leone collection... they are the most ambitious and influential westerns ever made.

A Fistful Of Dollars: Collector's Edition

Clint Eastwood's legendary "Man With No Name" makes his powerfukl debut in this thrilling, action-packed classic in which he manipulates two rival bands of smugglers and sets in motion a plan to destroy both in a series of brilliantly orchestrated set-ups, showdowns and deadly confrontations.

Oscar winner Clint Eastwood continues his trademark role in this second installment of the trilogy, this time squaring off with Indio, the territory's most treacherous bandit. But his ruthless rival, Colonel Mortimer (Lee Van Cleef, High Noon), is determined to bring Indio in first... dead or alive!

The Good, The Bad And The Ugly: Collector's Edition

The invincible "Man With No Name" (Eastwood) aligns himself with two gunslingers (Lee Van Cleed and Eli Wallach) to pursue a fortune in stolen gold. But teamwork doesn't come naturally to such strong-willed outlaws, and they soon discover that their greatest challenge may be to stay focused - and stay alive - in a country ravaged by war.

Duck, You Sucker (A Fistful Of Dynamite)

Oscar winner Rod Steiger and western veteran James Coburn team up for this riveting actioner as a salt-of-the-earth peasant and an Irish revolutionary who stage a daring break-in to liberate political prisoners, battle a well-equipped militia, and risk their lives on a train filled with explosives!

Duck, You Sucker
Audio Commentary by Noted Film Historian Sir Christopher Frayling.
Sergio Donate Remembers Duck, You Sucker Featurette
The Myth Of Revolution: Sir Christopher Frayling Discusses Leone's Political Leanings, His Method And His Style
Once Upon A Time In Italy (AKA: The Autry Exhibition): A Behind-The-Scenes Look At Putting Together An Exhibit On Leone
Sorting Out The Versions Featurette
Restoration Italian Style: John Kirk Discusses Restoring The Original Italian Version For The First DVD Release
Location Comparisons Then To Now: Film Clips Intercut with Current Footage Of The Locations Used
6 Radio Spots
Original Theatrical Trailer

Reviews for "Sergio Leone Anthology, The"