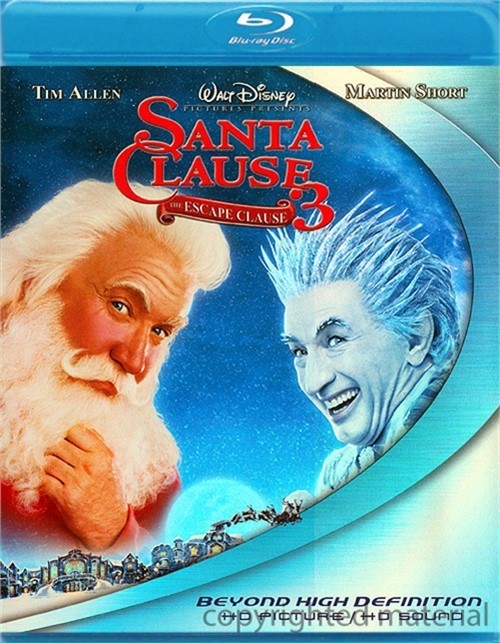 Tim Allen is back in the big red suit for more adventures and laughs in Santa Clause 3: The Escape Clause - now merrier and brighter than ever on Blu-ray Disc.

As Christmas nears, Scott Calvin invites his in-laws (Ann-Margret, Alan Arkin) to join the festivities. But the holidays take a chaotic turn when Scott discovers a way out of his "Santa Clause" and the mischievous Jack Frost (Martin Short) puts the big freeze on Christmas's big cheese! Now, unless Scott can get his job back in the St. Nick of time, it's going to be a very glacial "Frostmas" all around the world! Bundle up for fresh thrills as your favorite reluctant Santa Claus faces his most chilling challenge yet in the crystal clarity of high definition, while spectacular audio enhancement makes sleigh bells ring out like symphonies. Celebrate the season with Disney Blu-ray - the Magic in High Definition.

Review "Santa Clause 3, The: The Escap"

Reviews for "Santa Clause 3, The: The Escap"