Take That: From Heroes To Zeroes - The Early Years 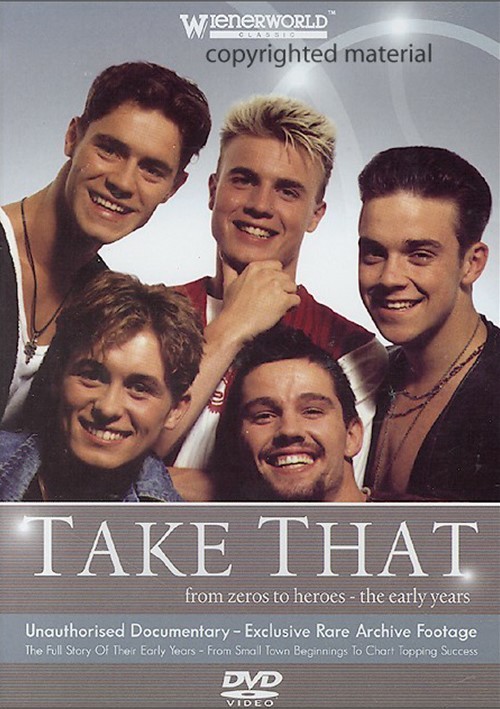 Take That: From Heroes To Zeroes - The Early Years

Gary, Howard, Jason, Mark and Robbie - together are the phenomenon known as Take That.

Not since The Beatles has the country seen such adulation and popularity thrust on one band. These five loveable, talented boys from Manchester captured the heads and hearts of the nation. But, as the song says, Everything Changes and the earth shattering news of Robbie's headlining exit left fans speechless and divided.

In this exciting DVD, you can again capture the excitement and the buzz of Take That mania. This is the original chartbusting video, so sit back and enjoy this classic trip into Take That's Early Years!

This unauthorized popumentary contains absolutely no performances by Take That, but just highlights the most incredible pop success story of the decade, told in pictures and interviews with the Fab Five themselves.

Take That and karaoke sing-a-long with two massive hits

Review "Take That: From Heroes To Zero"

Reviews for "Take That: From Heroes To Zero"