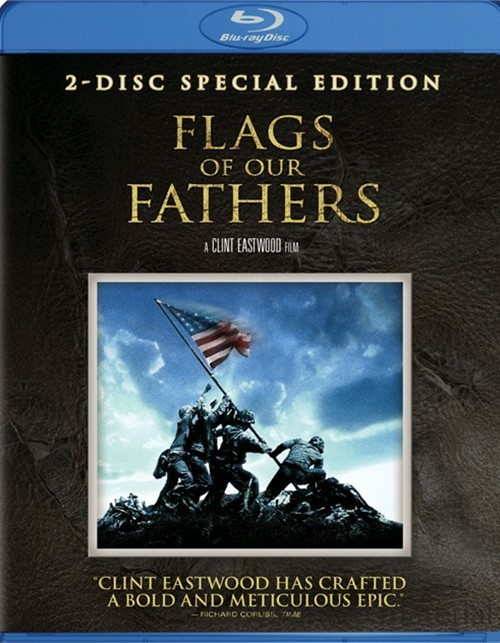 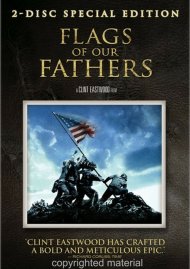 For 70,000 marines this was more than a turning point of World War II: it was the defining moment in their lives.

From two-time Academy AwardÂ®-winning director Clint Eastwood, Flags Of Our Fathers boldly explores the complicated nature of heroism, courage and patriotism in the harrowing true story of four Marines who fought the bloody battles at Iwo Jima during World War II and how a single photo emerged as one of the most evocative icons of the 20th Century.

In this 2-disc special edition of the epic The New York Times calls "a sweeping spectacle," Clint Eastwood reveals his passion for his subject in an exclusive interview along with carefully crafted special features that give an inside look at the making of this modern classic.

Flags Of Our Fathers is the must-own companion to Letters From Iwo Jima. Experience one of the most dramatic moments in history, right in your own home.

Reviews for "Flags Of Our Fathers: 2-Disc S"