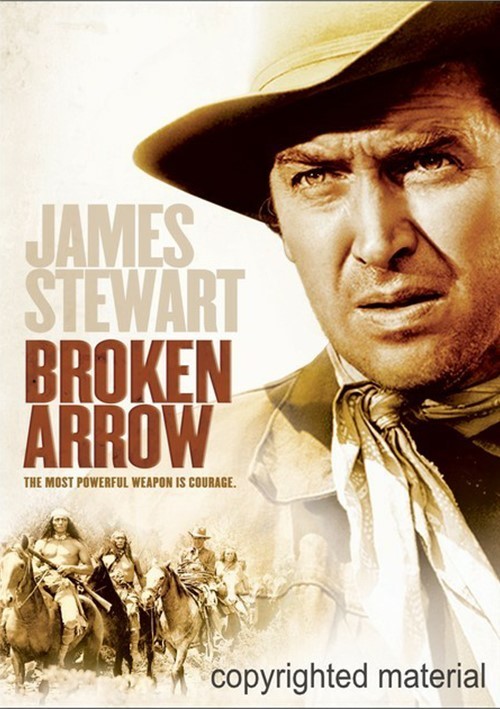 The most powerful weapon is choice.

Nominated for three Academy AwardsÂ®, Broken Arrow is a landmark western for its compassionate portrayal of Native Americans.

The year is 1870, and former Union soldier Tom Jeffords (James Stewart) is recruited to remove a tribe of Apache warriors who have been interfering with U.S. mail delivery. But Jeffords refuses, preferring to learn about Apache culture in order to attempt a peace treaty. Not only does Apache chief Cochise (Jeff Chandler) promise at least temporary peace by "breaking the arrow," but Jeffords falls in love with - and marries - a Native American woman (Debra Paget). Tragedy strikes, however, and it is now Cochise's challenge to stop Jeffords from acting out in vengeance in this classic western "with plenty of action" (Daily Variety) that is also a compelling love story.