Films Of Alejandro Jodorowsky, The 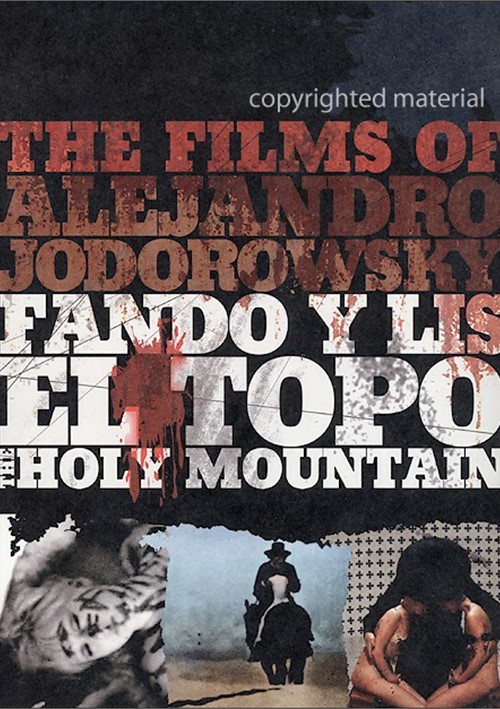 Films Of Alejandro Jodorowsky, The

It was the landmark cult film that began the whole Midnight Movie phenomena of the counterculture crazy 1970s. El Topo was the most talked about, most controversial quasi-Western head trip ever made, transforming the way risk-taking audiences, seeking mainstream Hollywood alternatives, watched edgy underground films. Classic Americana and avant-garde European cinema sensibilities meet Zen Buddhism and the Bible as master gunfighter and cosmic mystic El Topo (played by writer/director Alejandro Jodorowsky) must defeat his four sharp-shooting rivals on an ever-increasingly bizarre path to allegorical self-enlightenment and surreal resurrection.

The scandal of the 1973 Cannes Film Festival, writer/director Alejandro Jodorowsky's flood of sacrilegious imagery and existential symbolism is a spiritual quest for enlightenment pitting illusion against truth. The Alchemist (Jodorowsky) assembles together a group of people from all walks of life to represent planets in the solar system. The occult adept's intention is to put his recruits through strange mystical rites and divest them of their worldly baggage before embarking on a trip to Lotus Island. There they ascend the Holy Mountain to displace immortal gods who secretly rule the universe.

In 1957 Jodorowsky took his first steps in the world of the moving image by filming a silent version of Thomas Mann's The Transposed Heads - A Legend Of India in Paris. This 35-minute short film, La Cravate, was considered lost for fifty ears until its discovery in a German attic in 2006. "It's about a girl who sells heads. She changes the heads of a poetical guy and a boxer. She puts the spiritual head on the strong body and the idiot head on the spiritual body. And each head (then) changes its body. I (Jodorowsky) am saying "you are not a body who has a spirit, you are a spirit who has a body." -Ben Cobb, Anarchy And Alchemy: The Films Of Alejandro Jodorowsky

Reviews for "Films Of Alejandro Jodorowsky,"