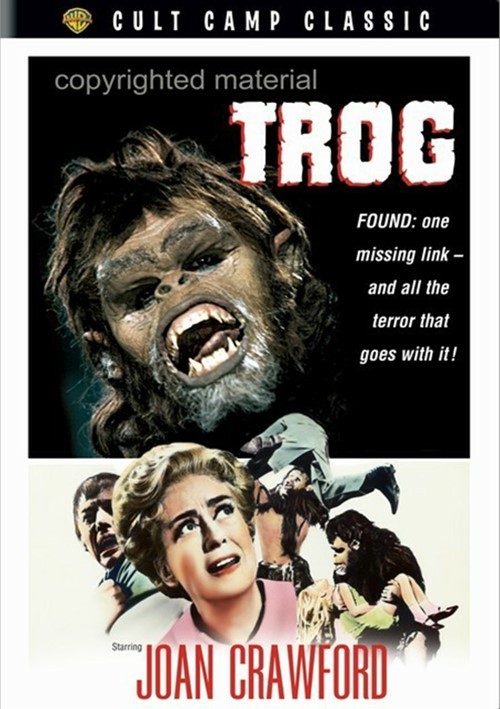 The Abominable Snowman of the Himalayas. Bigfoot of the Pacific Northwest. Few claim to have seen these links to our primitive past. But when a wild half-man/half-ape emerges from his countryside cave, TV cameras are there to observe the event - and the terror!

People call him Trog, short for a prehistoric cave dweller called a troglodyte. To an anthropologist (Joan Crawford in her final film), he's the scientific discovery of the age. To others, he's walking death. A grocer is impaled on a meat hook, a car is tossed aside like a twig, a child is kidnapped - all after local resident Sam Murdock (Michael Gough) prods the brute into a blind rampage. In true horror tradition, the world's Murdocks leave no doubt who the real savages are - and who is the part-man, part-monster, all Trog!