Colossus Of Rhodes, The 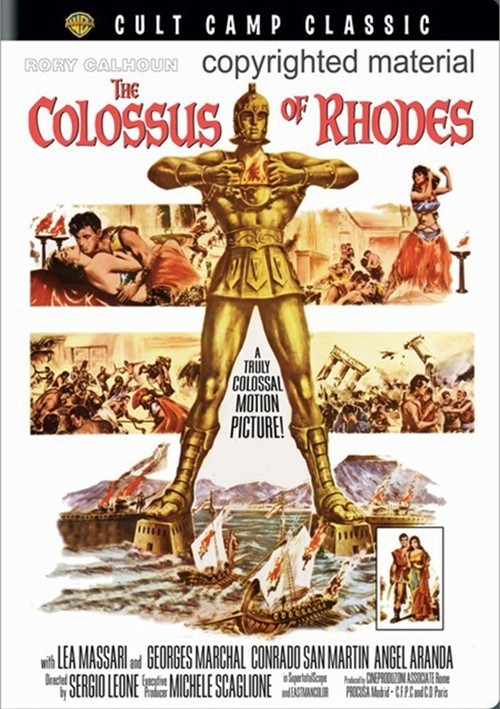 Colossus Of Rhodes, The

Filmmakers often begin their directing careers with works of limited scale. Sergio Leone began with a Colossus. Spectacle is king in The Colossus Of Rhodes, Leone's first credited film as a director. Sun-bronzed heroes (including toga-wearing Rory Calhoun) battle tyranny. Prisoners scramble for their lives in coliseum pageants of doom. Usurpers connive. Revolution erupts. And towering over all the excitement is the mighty bronze Colossus that straddles the harbor, fighting foes by dropping burning oil from the huge cauldron it holds and firing streams of molten lead from the catapults in its headpiece. Once upon a time, it dazzled the ancient world. Cult movie fans think it's pretty nifty, too.

Review "Colossus Of Rhodes, The"

Reviews for "Colossus Of Rhodes, The"