When The West Was Fun 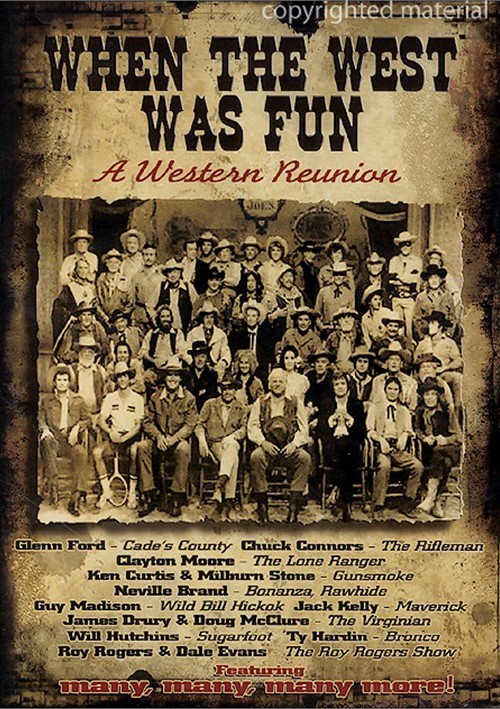 They're all here!! The heroes, villains and sidekicks from just about every Western show that ever ran on television. In addition to live appearances by over 56 cowboys, there are film clips of Clint Eastwood (Rawhide), Steve McQueen (Wanted: Dead or Alive), Richard Boone (Have Gun - Will Travel), Burt Reynolds (Gunsmoke), and William Boyd (as Hopalong Cassidy). Roy Rogers and Glenn Ford dedicate the grand finale campfire scene to "The Duke," John Wayne.

Review "When The West Was Fun"

Reviews for "When The West Was Fun"