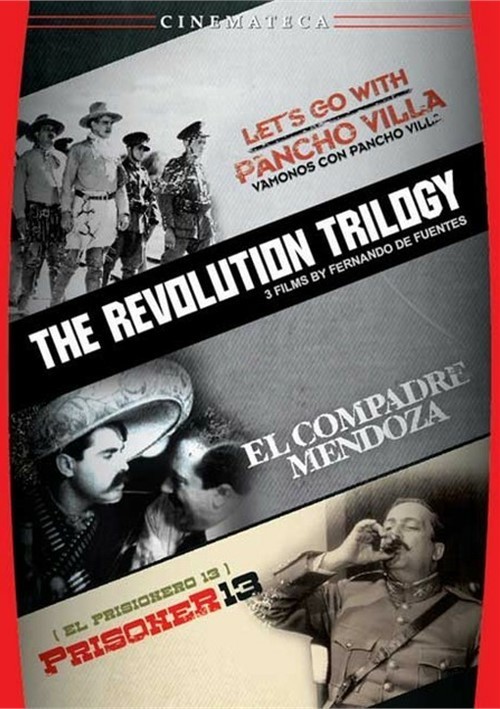 This tragic trilogy set during the Mexican Revolution was possibly his greatest achievement. Prisoner 13 (1933, 76 mins.) concerns a son who pays for his father's faults and a desperate mother who tries at all costs to save her son's life. El Compadre Mendoza (1933, 85 mins.) examines the corrupted ideals of the Revolution by way of an opportunistic landowner, who must choose between remaining loyal to a general in Zapata's army (and facing financial ruin) or saving his own skin.

Lastly, Fuentes' sweeping epic Let's Go with Pancho Villa (1936, 92 mins.) follows the adventures of six young men who leave their rural homes to join Pancho Villa's army, enduring hardship, loss, and disillusionment over the Revolution in the process. Shot by Gabriel Figueroa (The Fugitive), one of the world's most gifted black and white cinematographers.

Reviews for "Revolution Trilogy, The: 3 Fil"