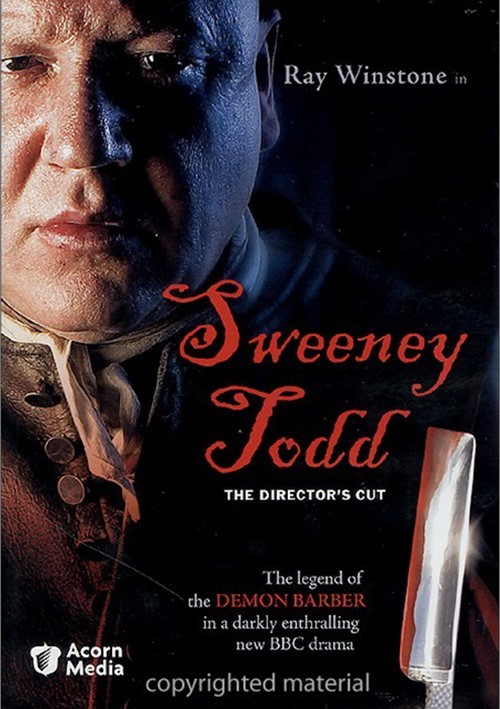 The legend of the Demon Barber in a darkly enthralling new BBC drama.

Ray Winstone (Sexy Beast) transforms the Demon Barber of Fleet Street from a caricature of evil into a heartbreakingly tormented soul who discovers his power to kill - and his powerlessness to stop.

In filthy, teeming 18th-century London, expert barber Sweeney Todd lives in the shadow of Newgate Prison, a hellhole where he spent 20 years for a crime he didn't commit. Todd tries to carve out a quiet, simple life of service, but his past haunts him. Battling murderous impulses, he befriends Mrs. Lovett, a lusty young woman whom he sets up in a pie shop next door. As carved-up bodies start turning up in the Fleet River, and Mrs. Lovett's meat turn ever more delectable, the police launch an investigation. How long will it take them to suspect the quiet, kindly barber? Also starring Essie Davis, Tom Hardy, David Warner, and David Bradley.