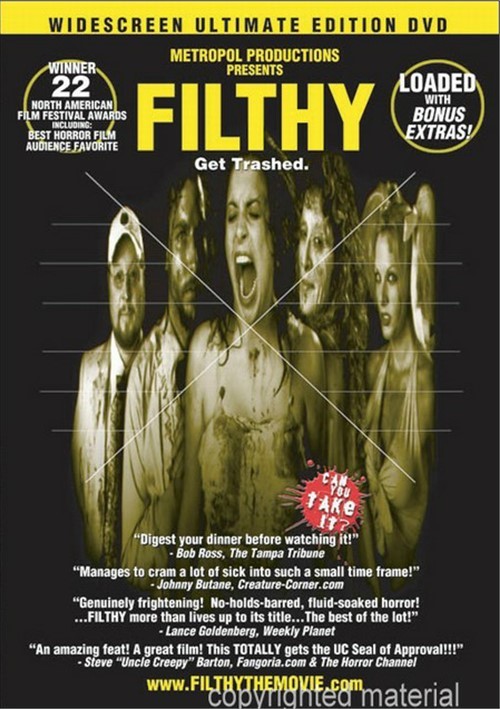 When beautiful WMIA news reporter Dana Diamond goes in search of a "shock TV" story, she gets more than she bargained for. On a riot-torn Halloween eve ("Devil's Night"), Dana is lured into an old, decrepit house by a sadistic transient named Leonard, who promises real-life violence she can capture on camera. Inside, her worst nightmares materialize as she now becomes the ultimate story! Dana is kidnapped by Leonard's crazed, incestuous family - Fermentia, the matriarch, and her daughter, who live in a houseful of stinking, rotting, decades-old garbage.

Inside, Dana endures the most brutal and unspeakable ordeals imaginable - mentally and physically d to the limit as she hallucinates monsters emerging from the garbage piles, including MeatMan, a humanoid being made of fat, gristle, and rotting meat pieces. Her torment terrifyingly crescendos as she is f-rced to take Leonard's hand in a twisted "Hallowedding" ceremony, and f-rced to play a sick Halloween bobbing game!

Will Dana survive the unrelenting attacks of her merciless tormentors? Find out in the savage, unflinching horror tour-de-f-rce: "Filthy"!