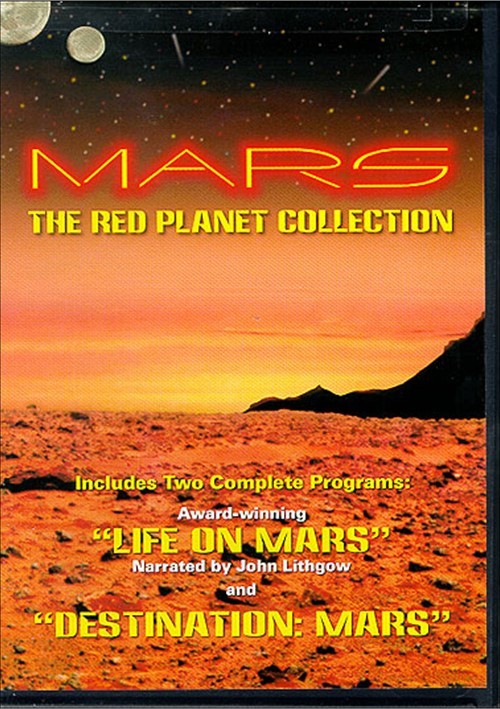 This fascinating multi-program DVD features two complete documentaries PLUS bonus sections and photos direct from NASA's archived collection acquired over years of their explorations of Mars.

Life On Mars examines Meteorite ALH804001 and its incredible journey from Mars to Earth. Viewers are introduced to the team of scientists who explain their research and take you through the excitement and drama at NASA as Dan Goldin and his team brief the President at their ground-breaking news conference. This program also explores mankind's fascination with Mars and shows how this discovery could change our ideas about life elsewhere in our universe!

Destination: Mars introduces the viewer to the prospects of a manned journey to Mars, while proving that we do, indeed, possess the technology and knowledge to place a man on the "Red Planet" today. Astronauts, scientists, psychologists and others discuss the thrill and anticipation of interplanetary space travel and give their thoughts on NASA's plan to land a man on Mars by the year 2017!